He is one of music’s hottest stars at the moment while she gets linked to every single guy she is spotted with.

So it comes as no surprise that Hozier (real name Andrew Hozier-Byrne) and Taylor Swift sparked romance rumours at this year’s Grammy Awards.

The pair, who apparently attended a concert together last week, were not only snapped together at the ceremony but hung out at Sam Smith’s after party.

END_OF_DOCUMENT_TOKEN_TO_BE_REPLACED

An insider told E! Online that they were “talking with each other” (quick, somebody book the church!) and “looked really cute together.”

While we do think they would make a lovely couple (and love the idea of calling them ‘Tayzier’), we are glad to hear that another onlooker played down the speculation by saying that they are “just friends.” 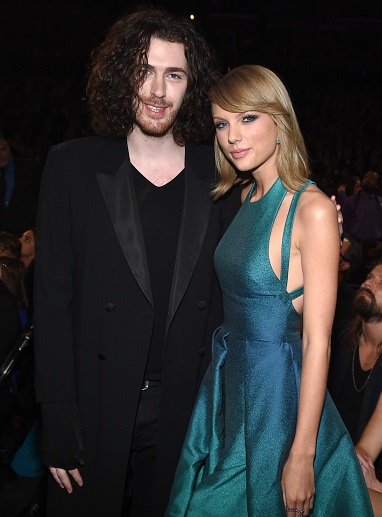 Hozier and Taylor Swift at the Grammys.

popular
Smyths issues warning to parents ahead of Christmas
So, William and Harry have a step sister... and who knew?
Netflix's true crime series Sins of our Mother is seriously insane
Post Malone dramatically falls through stage during concert
Ozzy and Sharon Osbourne have announced they're to divorce
Why Are Men so Obsessed With Boobs? The Answer is Pretty Surprising...
Beauty advent calendars: We found the best ones to buy for 2022
You may also like
3 years ago
Turns out, this colour of wine gives you the WORST hangover
6 years ago
Pretty Little Liars actor Brandon Jones could be facing over five years in prison
6 years ago
Gwen Stefani Receives Massive Backlash After "Insulting" April Fools' Prank
6 years ago
Katie Price Names And Shames The Twitter Trolls Bullying Her Son Harvey
6 years ago
Kim Kardashian Blasts "Body-Shaming and Slut-Shaming" In Brilliantly Honest Post
6 years ago
WATCH: Emma Watson Launched HeForShe Arts Week On International Women’s Day
Next Page