A terminally ill fan who recently achieved her dream of marrying Ed Sheeran has passed away at nineteen years of age.

Katie Papworth's story touched the hearts of millions when the Les Hoey MBE DreamMaker Foundation arranged for her to meet her idol backstage at his Glasgow concert.

The 19-year-old, who was diagnosed with an aggressive form of brain cancer, took the opportunity to pop the question to Ed and presented him with a ring to seal their union.

END_OF_DOCUMENT_TOKEN_TO_BE_REPLACED

The A Team singer also received a drawing from Katie, which he signed saying 'lovely to finally meet my wife'.

However, in a statement earlier today, the charity announced that Katie has since tragically passed away.

"We've been told Katie passed away peacefully this morning. It was a privilege to have helped make Katie's dream come true. Our thoughts are with her family." 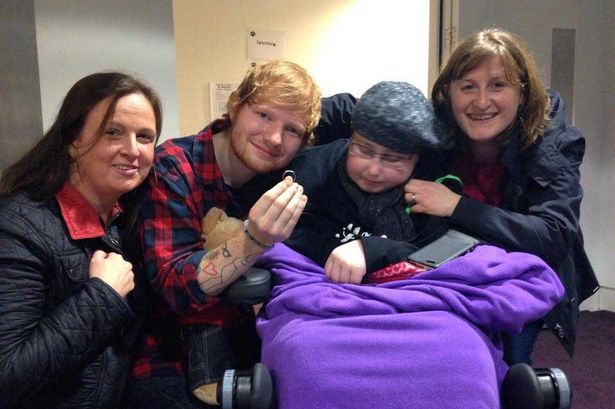 popular
Late Late Show viewers are not happy with Ryan's questions for Billy Connolly
10 items from Zara for the perfect autumn capsule wardrobe
'They're Absolutely Devastated' - Parents Of Pop Star's Fiancé Refuse To Attend Wedding
15 brilliant stocking fillers we are picking up from Penneys before they sell out
9 of the best horror movies on Netflix this Halloween
Strictly microphones pick up gas audio from the contestants
The viral photo that can help women detect early signs of breast cancer
You may also like
2 years ago
Turns out, this colour of wine gives you the WORST hangover
5 years ago
Lily Allen has revealed that she was stalked for seven years
5 years ago
Pretty Little Liars actor Brandon Jones could be facing over five years in prison
5 years ago
Gwen Stefani Receives Massive Backlash After "Insulting" April Fools' Prank
5 years ago
Katie Price Names And Shames The Twitter Trolls Bullying Her Son Harvey
5 years ago
Kim Kardashian Blasts "Body-Shaming and Slut-Shaming" In Brilliantly Honest Post
Next Page