The Celebrity Couple That Everyone on Twitter Wants to Happen... Now

When Harry Styles presented Emma Watson with a British Style Award at the British Fashion Awards on Monday night, Twitter nearly had a meltdown as fans decided that the pair should be the next big couple on the scene.

Harry won over lots of Emma’s fans by saying that he supported the He for She campaign which Emma has launched as part of her role as a UN Goodwill ambassador. 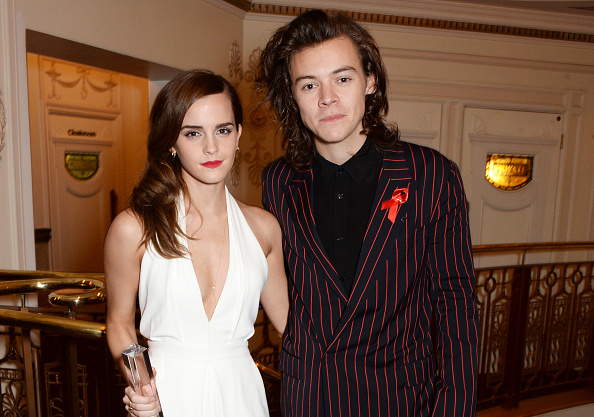 “Harry Styles just said the words, ‘He for She’, so that’s really cool,” the actress was heard exclaiming at one stage in delight.

We’ve got to say though, maybe Twitter have a point as the pair do look quite good together!

emma watson and harry styles in one picture is pure perfection wow pic.twitter.com/4ln3suxo92

go take a picture with emma watson this is important @Harry_Styles

popular
Strictly's Giovanni Pernice responds to dating rumours following split from Maura Higgins
The internet is saying the same thing after Ryan's Toy Show opening
Vicky Phelan says terminally ill people should have right to decide how to die
You can rent out the house from House of Gucci on Airbnb
We finally know what happened to Sam in And Just Like That
The best memes from this year's Late Late Toy Show
8 of the hottest make-up trends to try this festive season
You may also like
2 years ago
Turns out, this colour of wine gives you the WORST hangover
5 years ago
Pretty Little Liars actor Brandon Jones could be facing over five years in prison
5 years ago
Gwen Stefani Receives Massive Backlash After "Insulting" April Fools' Prank
5 years ago
Katie Price Names And Shames The Twitter Trolls Bullying Her Son Harvey
5 years ago
Kim Kardashian Blasts "Body-Shaming and Slut-Shaming" In Brilliantly Honest Post
5 years ago
WATCH: Emma Watson Launched HeForShe Arts Week On International Women’s Day
Next Page