Twerking in a thong was never the plan, but a wardrobe malfunction left Miley Cyrus singing in her underwear on stage last night in Milwaukee.

The controversial singer, who is currently touring America on her Bangerz show, has been known to take to the stage in skimpy outfits, was quick to correct fans who assumed the unusual attire was part of the planned stage show.

Tweeting after the show, Cyrus said;

END_OF_DOCUMENT_TOKEN_TO_BE_REPLACED

"Not a new outfit for 23. I didn't make my quick change and I couldn't not come out for the song so I just had to run out in my undies :(“

The star later tweeted that this had never happened before but she couldn’t let down her fans;

“Never happened to me before. But I love my fans as much as they love me! I couldn't miss 23."

Following her previous outfit choices, we don’t think she’ll be too emotionally scarred after this one. 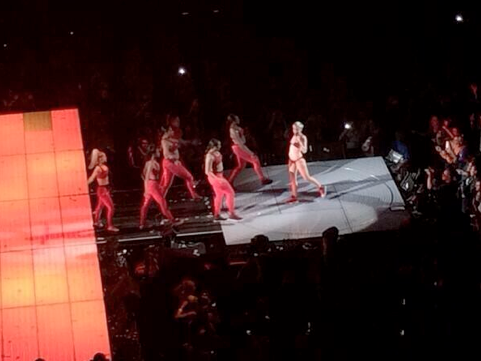