The father of Hollywood stars Kate and Oliver Hudson has publicly disowned his two children and claimed they are "dead to me now".

Bill Hudson separated from Goldie Hawn when the pair were children and Oliver, who plays Jeff Fordham in Nashville, took a very public dig at his estranged father on Instagram on Father's Day last week.

He posted a photo of he, Bill and Kate before tagging the How To Lose A Guy In 10 Days actress with the comment 'happy abandonment day @katehudson'. 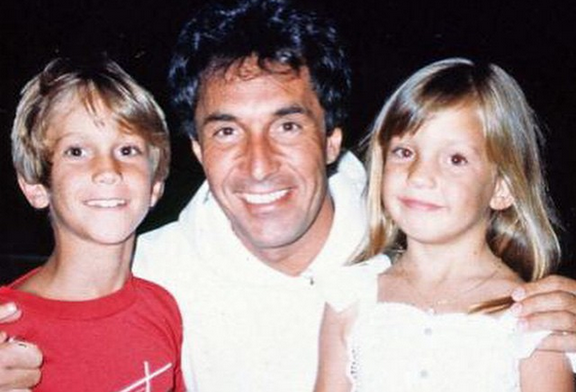 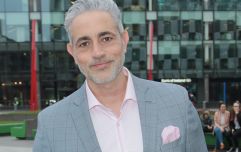 END_OF_DOCUMENT_TOKEN_TO_BE_REPLACED

Bill has now said he would like the pair to stop using his name as he no longer considers them his children, adding that Hawn drove a wedge between them.

"When we split up, she never had a bad word to say about me. But when Kurt Russell came on the scene, the narrative changed and I became the big, bad wolf. I would say to her 'Goldie, why are you trashing me and saying I'm an absent father when it's simply not the case?' and she'd laugh and go 'Oh Bill, you know it makes for a better story.'"

"I had five birth children but I now consider myself a father of three. I no longer recognize Oliver and Kate as my own. I would ask them to stop using the Hudson name. They are no longer a part of my life. Oliver's Instagram post was a malicious, vicious, premeditated attack. He is dead to me now. As is Kate. I am mourning their loss even though they are still walking this earth."

Girls With Goals || Her · Ep.156: 'Beauty Returns' - Rebecca O'Keeffe is BACK and we're talking about viral beauty trends
popular
Hilaria Baldwin thanks "special angels" who brought daughter Lucía into the world
Baz Ashmawy announces birth of first grandchild
Why Meghan Markle - and other royals - call the royal family 'The Firm'
"Let kids explore" Emma Willis defends son Ace's self-expression
Tried and tested: I tried the viral TikTok mascara hack to see if it really works
Pippa Middleton pregnant with second child, confirms Carole Middleton
Regé-Jean Page and Ryan Gosling to star in new Netflix film
You may also like
23 hours ago
Why Meghan Markle - and other royals - call the royal family 'The Firm'
1 day ago
RTÉ wins rights to Harry and Meghan's Oprah interview
2 days ago
Sofía Vergara's ex can't use embryos without her consent, says court
2 days ago
"I had to put on a brave face while hurting so much inside" Paris Hilton speaks out on uncomfortable interview from 2011
4 days ago
Yes, Meghan is wearing Princess Diana's bracelet during the Oprah interview
1 week ago
Jamie Spears' lawyer says #FreeBritney supporters are "so wrong"
Next Page