It was over a bizarre reason.

They seem like they get on very well these days, but apparently, the Queen had her reservations about William proposing to Kate.

In 2010 the couple announced the happy news that they were to be married. At the press conference announcing the engagement, the media went wild and William even joked that he couldn't see any of the photographers with "all the flashes." At the time Kate said it was a "daunting prospect" joining the royal family and perhaps this was in part due to the Queen's "gross concerns" over the news.

According to The Express, The Queen "had grave concerns and believed that Kate needed to have a job and an identity in her own right before an engagement was announced."

The information emerged in the 2011 book The Making of a Royal Romance by Katie Nicholl.

"It is Her Majesty’s opinion that if Kate is one day going to be William’s consort, then she needs a proper job."

They went on to add:

"Swanning from one five-star holiday resort to another is not the prerequisite for a young woman possibly destined to be Queen." 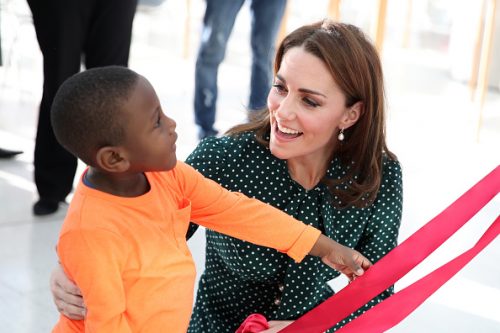 It is believed the Queen suggested to Kate she get involved with charity work, which led her to start working with Starlight, a charity for terminally ill children.

Since then, Kate has been involved in many charities. Indeed, just this week she was made Patron of Evelina Children's Hospital in London.

So, it seems the Queen's concerns were definitely proved irrational!

popular
People are freaking out thinking that their star signs have changed
QUIZ: Can you guess the TV series from the intro lyrics?
The trailer for The Deceived has dropped, the new thriller starring Paul Mescal
Irish short film 'How To Fall In Love In A Pandemic' long-listed for Oscars 2021
These €40 Lost Stock fashion boxes are helping support factory workers in Bangladesh
5 absolute essentials for when you're having the gals over for a summer evening soirée
YouTuber Hannah Witton on ulcerative colitis, stoma bags, and speaking out
You may also like
2 months ago
A royal expert has revealed Kate's underwear choice for looking put-together
3 months ago
Kate Middleton and Prince William conducted a surprise royal engagement via video call
3 months ago
Prince William and Kate Middleton have hired Meghan Markle and Prince Harry's social media manager
3 months ago
Kate Middleton's stunning pink suit is from M&S and it's still in stock
3 months ago
The Duchess of Cambridge has revealed Prince Louis' favourite song (and it's a classic)
4 months ago
Kate Middleton and Prince William share adorable photo from their tour of Ireland
Next Page