"Tiger Woods was in a single-car accident this morning in California where he suffered multiple leg injuries."

Golfer Tiger Woods has been rushed to hospital in LA after a serious car crash. It has been reported that he was travelling at high speeds when he lost control of his car.

The accident happened this morning in LA and 45 year old had to be cut from his car which was overturned. Los Angeles County PIO Henry Narvez, told CNN his injuries were "moderate to critical". 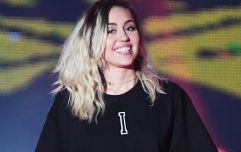 END_OF_DOCUMENT_TOKEN_TO_BE_REPLACED

Woods' manager, Mark Steinberg told Golf Digest: "Tiger Woods was in a single-car accident this morning in California where he suffered multiple leg injuries. He is currently in surgery and we thank you for your privacy and support."

The LA County Sheriff's Department released a statement saying: “On February 23, 2021 at approximately 7:12 AM, LASD responded to a single vehicle roll-over traffic collision on the border of Rolling Hills Estates and Rancho Palos Verdes."

“The vehicle was travelling northbound on Hawthorne Boulevard, at Blackhorse Road, when it crashed. The vehicle sustained major damage."

“The driver and sole occupant was identified as PGA golfer, Eldrick “Tiger” Woods. Mr Woods was extricated from the wreck with the “jaws of life” by the Los Angeles County firefighters and paramedics, then transported to a local hospital by ambulance for his injuries."

Girls With Goals || Her · Ep.155: 'Bits of Me' - Linnea Dunne on the importance of women's health
popular
Scarlett Moffatt discovers ‘30% rain’ on weather app doesn’t mean chance of rain
Princess Anne: Harry and Meghan were right to quit royal duties
Baileys chocolate cupcakes are coming just in time for Mother's Day - and any day, really
Jesy Nelson "mentally bullied" herself during Little Mix years
Lady Gaga's dog walker shot as her two dogs are stolen
Anne Hegarty shook by "worst ever" final Chase
Chloe Ferry and Wayne Lineker announce "engagement"
You may also like
3 years ago
The best celebrity mug shots the world has been gifted with
4 years ago
Tiger Woods' naked Santa picture is making the entire internet laugh
5 years ago
'I Will Always Cherish The Memories' - Tiger Woods Has Split From Girlfriend Lindsey Vonn
1 week ago
Demi Lovato had three strokes and a heart attack following 2018 overdose
1 week ago
Prince Philip admitted to hospital after "feeling unwell"
1 week ago
Kourtney Kardashian and Travis Barker go Instagram official with sweet post
Next Page