We'd hate to lose that bet!

It seems that two of the most talented (and good looking) actors in Hollywood are really just a pair of jokers.

Although the actors had worked together on Inception, they will both be remembered more so as a pair for their acting in The Revenant. 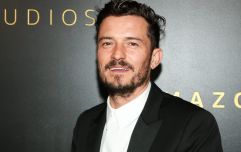 END_OF_DOCUMENT_TOKEN_TO_BE_REPLACED

The film was hugely praised and historically gave Leonardo DiCaprio his first ever Oscar.

However, the before Leo's win, he predicted that Tom Hardy would be nominated for an Oscar for best supporting actor. Tom didn't agree, but Leo was so sure that he bet that whoever was wrong had to get a tattoo of the winners choosing.

You may remember that Tom Hardy was in fact nominated, which means he lost the bet.

"I haven't got it yet, because it sucks." He said.

Considering the actor already has a lot of tattoos it would seem like no big deal to get another, but taking into account how silly it is, we can understand his hesitation.

"He wrote, in this really shitty handwriting: 'Leo knows everything.' Ha! I was like, 'OK, I'll get it done, but you have to write it properly.'" Tom told Esquire.

He probably will get it in the end as the actor already has the London skyline, a dragon, a Buddha with an AK47, his wife's name and his ex-wife's initials, so one more won't hurt (too much).

popular
Infant boy killed in tragic road accident in Roscommon
Sarah Jessica Parker offers to help out at Dublin restaurant
Jason Oppenheim addresses Christine's Selling Sunset departure
Vogue Williams slams man who refused to swap seats with her on plane
Gerard Butler pays tribute to "brother in arms" Darius Danesh
Love Island USA has done an Adam Collard on it and brought back an old islander
Daiquiri, anyone? Ireland's favourite cocktails have been revealed
You may also like
2 years ago
10 tattoo ideas that will cast a spell over any Harry Potter fan
2 years ago
Here are the biggest tattoo trends for 2019 (according to Pinterest)
3 years ago
This is the most painful place to get a tattoo and OUCH
3 years ago
The above-elbow tattoo is the ink trend of the summer and we're in LOVE
3 years ago
Woman convinces Tinder date to get a matching tattoo... and wow
3 years ago
Lady Gaga just got a HUGE tattoo down her spine as tribute to 'A Star Is Born'
Next Page