Tributes have been coming in for TikTok star Cooper Noriega after it was announced that he had passed away at only 19.

With a following of 1.8 million on TikTok, the social media star was found unresponsive in the car park of a California mall on June 9th.

END_OF_DOCUMENT_TOKEN_TO_BE_REPLACED

Paramedics were immediately called to the scene but sadly he was unable to be revived.

Only hours before his tragic death, he posted a TikTok with the caption: "Who else b thinking they gon d!€ young af.”

Cooper was known for his discussions around mental health and his battle with addiction, which spoke openly on the video sharing app. 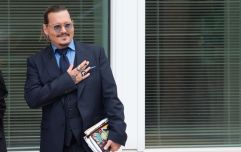 END_OF_DOCUMENT_TOKEN_TO_BE_REPLACED

He also collaborated with some big names, with the latest being with Bryce Hall on June 9th.

Bryce has since left a comment under the video, saying: "I love you so much.”

He was joined by other influencers in the comments who are also paying tribute to the young star.

Sam Vicchiollo wrote: “i hope you finally have peace, i love you so f*****g much cooper,” and Isaak Presley commented: “i love you brother.” 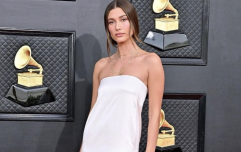 END_OF_DOCUMENT_TOKEN_TO_BE_REPLACED

Claudia Conway wrote: “This is so devastating Rest In Peace cooper.”

Ahylssa Marie commented: “love you coop. thank you for all the amazing memories.”

TMZ has reported that no foul play is suspected in his death and an autopsy is pending.

popular
Laura Whitmore addresses negative Love Island comments
Upcoming X Factor documentary to expose "bullying and exploitation"
Top tips for keeping your fake tan on for longer as the weather heats up
Coco Lodge has released her Love Island audition tape
John McAreavey reveals baby number two is on the way
Congrats! Ailbhe Garrihy is expecting her second baby
What's going on with the Nickelodeon misconduct allegations?
You may also like
1 week ago
Apparently, you should never throw your dog a stick - and this is why
2 weeks ago
The toxic world of cosmetic surgery TikTok
3 weeks ago
People everywhere swear their lives changed using this manifestation method
1 month ago
Woman finds Dealz pack that is perfect for getting away with Ryanair's luggage allowance
1 month ago
TikTok sued after girls die during 'blackout challenge'
1 month ago
Woman praised for response after stranger body shames her at shop
Next Page