The President of the US and First Lady touched down in the UK at the beginning of the week, and while there was a lot of side eye and broken protocol, I had my eyes on Melania.

The former model was beside Donald at nearly every moment - and certainly put on a fashion show while doing so.

From Burberry to Celine, here are all of Melania's outfits over the past two days.

Boarding the plane to London - Gucci

Melania opted for a cream, green and red Gucci number with a matching green belt. The designer dress was printed with numerous London landmarks including Big Ben and the Tower of London. 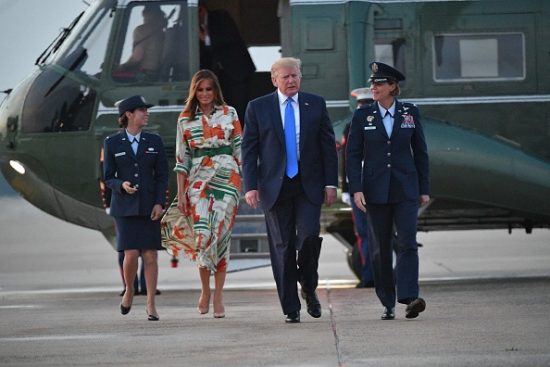 For touching down in London, Melania exited the plane wearing British designer Burberry. She matched the smart navy skirt suit with a red and white printed pussy bow blouse. 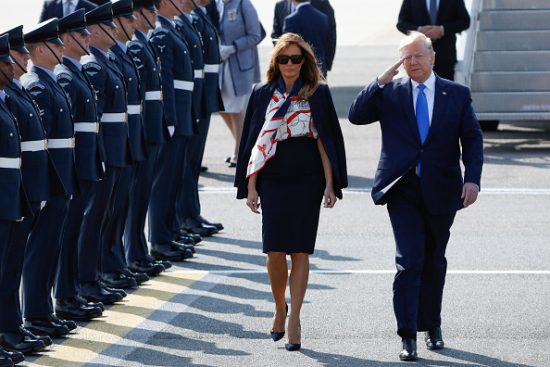 The First Lady of the US met Queen Elizabeth in a very sleek white fitted dress. The Dolce and Gabbana number had a navy belt and collar which was paired with a matching hat by American designer Hervé Pierre. 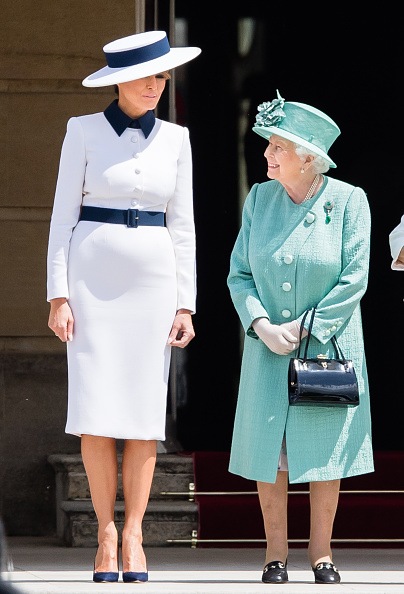 For the ever-extravagant state banquet Melania went for custom Dior haute couture. The ivory sleeveless gown had a flame-shaped neckline and was matched with ivory gloves and diamond earrings. 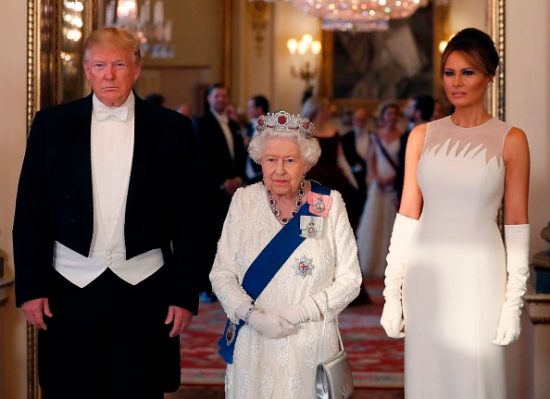 Meeting Theresa May - Celine and Hermès

The first outfit of day 2 was probably our favourite. Melania decided to go for a belted beige trench by designer Celine. She paired the sophisticated trench with a black crocodile Birkin bag and shoes by Hermès. 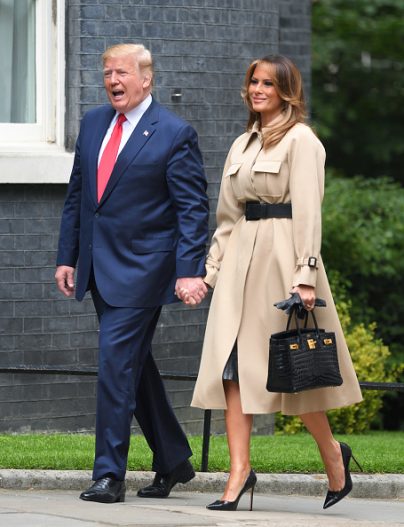 Donald Trump and Melania hosted a dinner at Winfield House, the residence of the US ambassador last night with the First Lady opting to wear a floor length Givenchy red dress which had an attached cape. The glamorous gown had a sequin V-neckline and cost nearly €6,000. 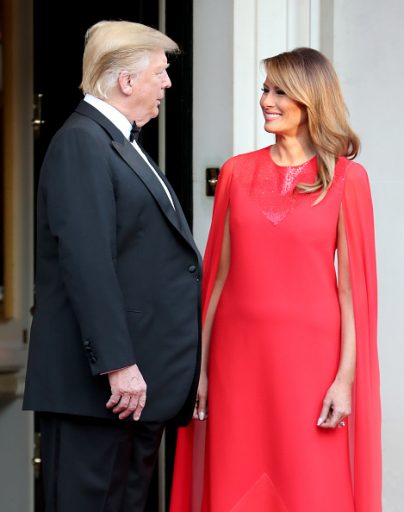 
popular
Brides to be, this Monsoon dress would be perfect for the day after your wedding
Holly Willoughby wore the most divine polka dot mini dress last night, and we need it
Say hello to the flattering €30 New Look dress that you're definitely going to want in your spring wardrobe
Netflix have announced the release date for the new series written by Downton Abbey creator Julian Fellowes
BRB, running to Penneys for the €19 trousers that look like they cost ten times the price
We need these adorable €14 Disney-inspired pyjamas from Penneys in our lives right now
The €25 New look jumper that would be a cosy dream on cold mornings
You may also like
6 days ago
'Iconic, mesmerising and unique' What it's like to attend a private Alicia Keys concert
1 week ago
My day at The Brits: passionate performances and a mid-show pizza
3 months ago
Mary Poppins afternoon tea exists and Monday just improved ten million times
5 months ago
There's a Mamma Mia! restaurant event coming to London and lads, imagine
5 months ago
Pretty Woman: The Musical is coming to London's West End so, buy your ticket now
5 months ago
Ease into autumn - here are our top 5 destinations to visit when the leaves start falling
Next Page