She's back in ICU.

Tyson Fury has some sad news as he is asking fans to "pray" for his newborn daughter Athena as she heads back to ICU.

The heavyweight boxer and his wife Paris welcomed the latest addition to the family on Sunday, but it hasn't been an easy road for the family.

END_OF_DOCUMENT_TOKEN_TO_BE_REPLACED

Keeping her condition private, the now six-time parents revealed that she was immediately put on a ventilator and placed in ICU.

Athena briefly came off the ventilator and Paris updated fans on social media, sharing a snap of the newborn and saying she was "doing well." 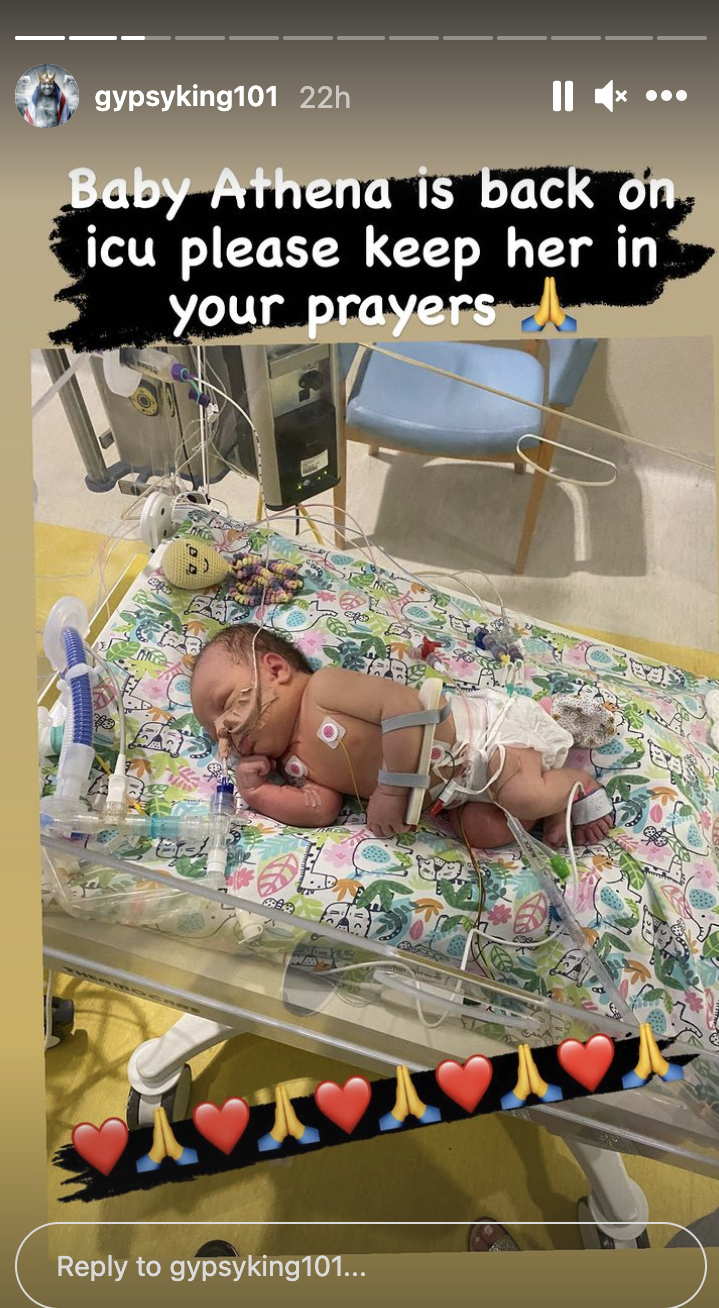 But that wasn't for long as Tyson has revealed she is back on the ventilator, and it doesn't seem good as he's asking for prayers to be sent his way.

END_OF_DOCUMENT_TOKEN_TO_BE_REPLACED

"Baby Athena is back on ICU," Tyson wrote to fans. "Please keep her in your prayers."

Molly Mae Hague, who is dating Tyson's brother Tommy, was quick to show her support for the little one during an Instagram Q&A.

After being asked about the situation, Molly said: "She's absolutely perfect and I'm obsessed with her name. 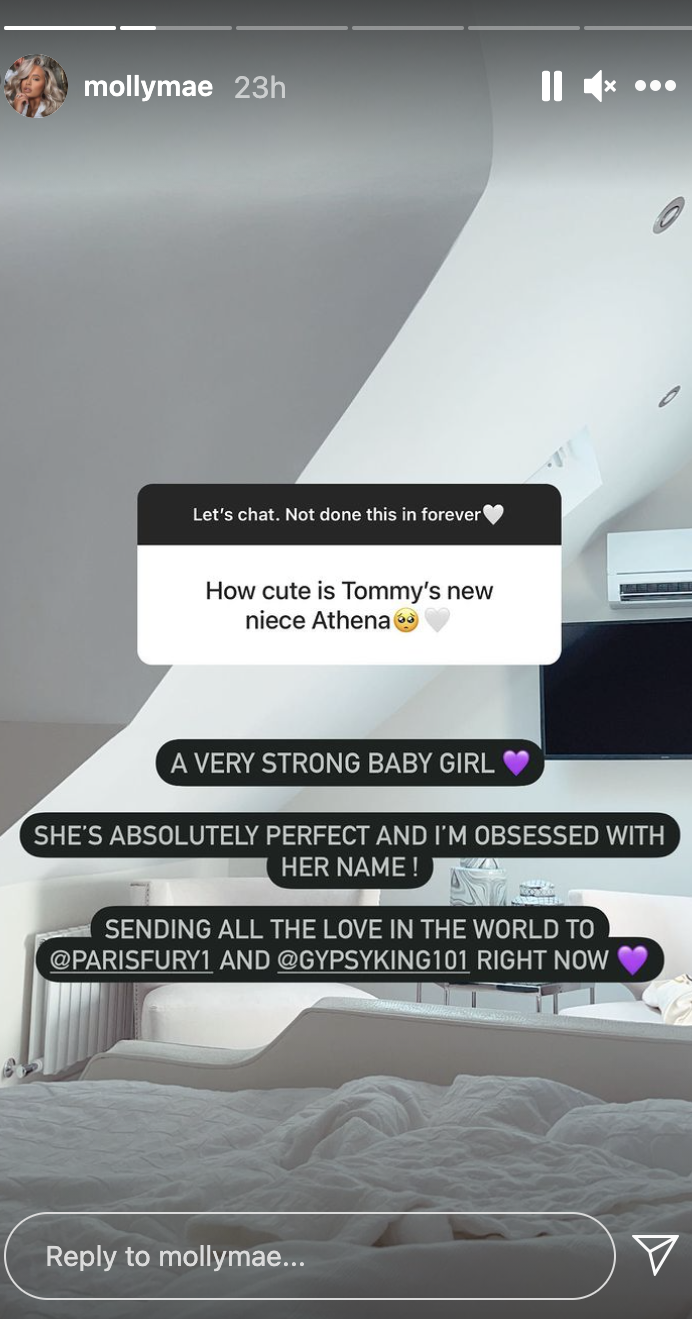 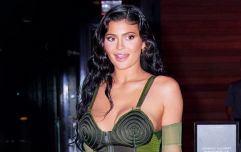 END_OF_DOCUMENT_TOKEN_TO_BE_REPLACED

"Sending all the love in the world to @ParisFury1 and @GypsyKing101 right now."

The former Love Island star also added that she was a "very strong baby girl".

And as the baby's condition remains unknown, Tyson has launched a fundraiser for the Alder Hey Family House Trust, an organisation that helps run the Ronald McDonald House in the Alder Hey Children’s Hospital in Liverpool.

The charity helps provide accommodation to parents whose children are undergoing urgent care. 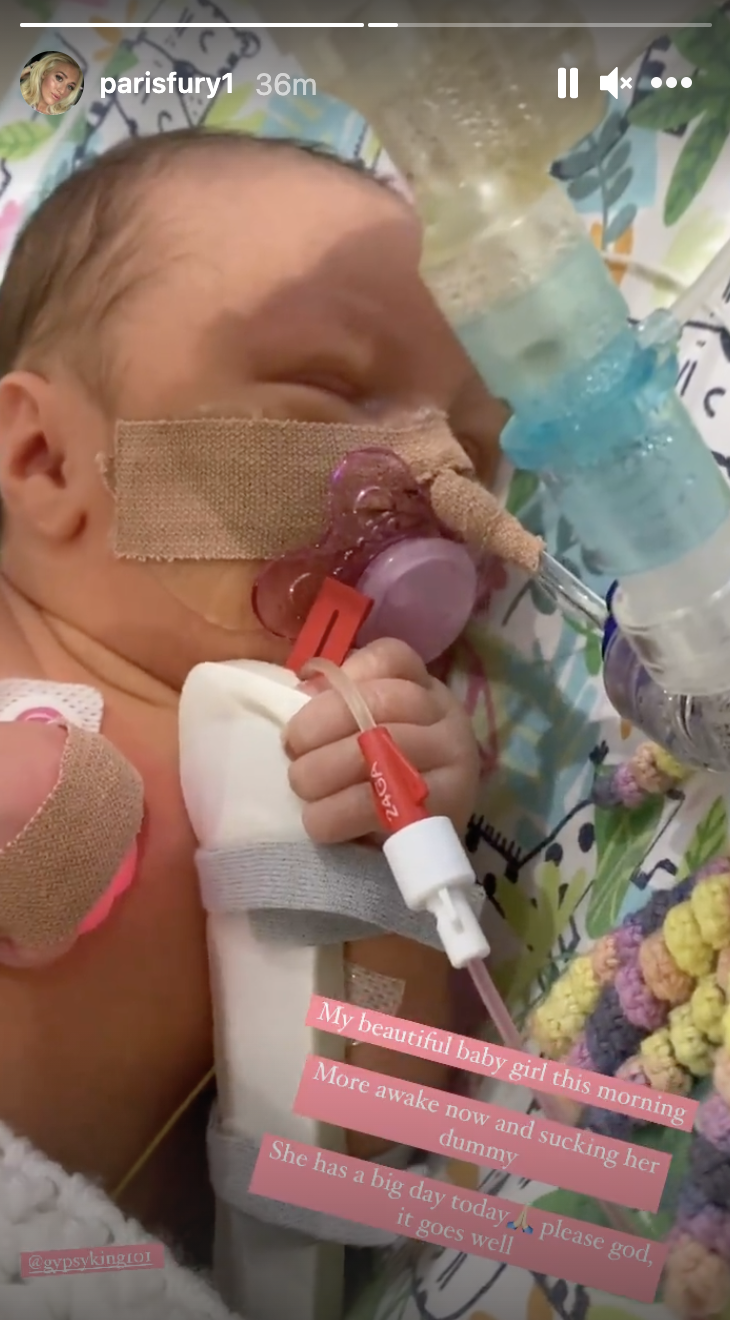 "They offer support and a safe place, just a stone’s throw away from the hospital, as they experience the toughest time of their lives. Every £30 donated could provide a home from home for one family for one night at Mac House," the boxer wrote.

"Do you want to join me in making a difference? I’m raising money in aid of Alder Hey Family House Trust who run the Ronald McDonald House at Alder Hey Children’s Hospital which has been supporting us.

"Every donation will help! Thank you in advance for your contribution to this cause that means so much to me."