The boxer and his wife welcomed their sixth child at the weekend.

Tyson Fury has revealed that his newborn baby is receiving treatment in intensive care.

His wife, Paris, gave birth to baby girl Athena at the weekend, and the newborn is currently in ICU. Fury announced that his wife had given birth on Sunday, and asked his followers to pray for their new arrival.

He said: "Please can everyone pray for my baby girl who was born this morning. Athena Fury. Born 8/8/21. Thanks. God is great."

Fans offered their support to the heavyweight boxer on social media. 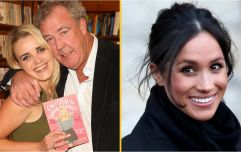 END_OF_DOCUMENT_TOKEN_TO_BE_REPLACED

Fury has since gone into more detail about the situation, and revealed that he hopes Athena will be out of intensive care on Monday.

He said: "Massive thanks for all the messages and support.

"The baby is in a stable position and doing well - hopefully she comes out of ICU today." 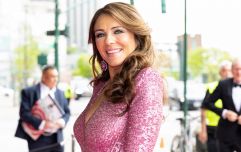 END_OF_DOCUMENT_TOKEN_TO_BE_REPLACED

Paris and Tyson had been in hospital for two days as they waited for their baby girl's arrival.

The couple have been married since 2009 and are parents to daughters Venezuela, 11, and three-year-old Valencia Amber and sons Prince John James, eight, Prince Tyson II, four and Prince Adonis, one.

popular
Bride asks for divorce day after wedding following groom's disrespectful cake stunt
Teenager killed in shark attack after swimming with dolphins in Australia
Head of dive squad searching for Nicola Bulley thinks 'something's not right'
These are the most popular names for babies born in February
Police believe they know what happened to missing dog walker Nicola Bulley
Here's why Nicola Peltz-Beckham's family are suing her wedding planners
Couple decide to live on cruise ship permanently after finding it's cheaper than paying mortgage
You may also like
2 days ago
Bride asks for divorce day after wedding following groom's disrespectful cake stunt
5 days ago
Four year old girl killed in dog attack remembered as "a very happy child"
1 week ago
Identical twins trying to get pregnant at same time with shared fiance
2 weeks ago
Patient in his 80s killed in Cork hospital ward following attack
2 weeks ago
Sister André, world's oldest person dies at the age of 118
1 month ago
MMA star explains how OnlyFans page has supported her career in sport
Next Page