Moving on and up.

Since splitting from husband of six years, Ben Foden, last summer, Una Healy has proven that a failed marriage doesn't have to stop you from achieving and living your best life.

The star who has moved on with former GAA player, David Breen, looks more smitten than ever before. Attending Rochelle Humes' 30th birthday bash at Soho Farmhouse over the weekend, Una shared a snap of herself and David as they attended the party to celebrate her former bandmate. 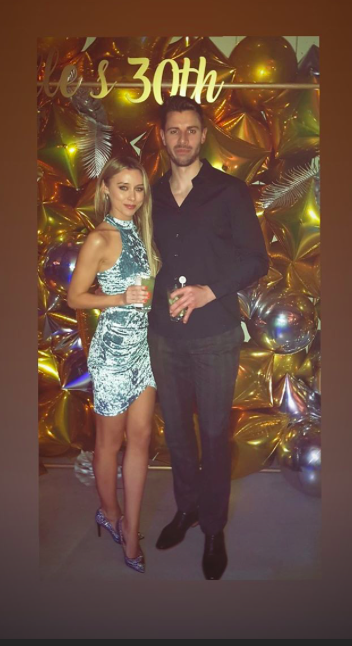 Una also wrote a song based on her marriage to Ben and his admitted cheating. The song called "Strangers" was released last week and Una calls it the "most honest track I've ever written."

Una and David are currently based between the UK and Ireland while Ben is over in New York playing for Rugby United New York.

It was expected that the whole family were set to move to the states before the pair split.

Rochelle Humes too shared photos from her birthday which saw a wreath of celebs take to the farmhouse alongside her.

"I couldn’t ever have dreamed that my 30th would go down like it did. I’m SO lucky and SO blessed to have the friends and family that I do..."


popular
'Be A Lady, They Said!' You need to watch this incredibly powerful video about being a woman
Netflix's Babies documentary is making quite the impression online
The dress that Holly Willoughby wore this morning is getting very mixed reactions
The comfy €42 M&S boots we're going to be living in all spring
Gwen Stefani reportedly pregnant with baby number four
No chemical peel needed: 7 easy ways to achieve the glowing skin of your dreams
WATCH: Beyoncé performs at Kobe and Gianna Bryant's memorial at the Staples Center
You may also like
2 days ago
Met Éireann issue fresh weather warning for 15 counties
1 week ago
This week's €17m EuroMillions jackpot ticket was sold in Mayo
2 weeks ago
Why the youth vote shouldn't be dismissed as snowflake politics
2 weeks ago
Met Éireann issue snow/ice weather warning for whole of Ireland
2 weeks ago
Saturday's winning €2.7 million lotto jackpot ticket sold in Carlow
2 weeks ago
Vote counts begin across the country following extraordinary exit poll
Next Page