Vicky Phelan has not been taking life for granted and has been making the most of her time as she has been constantly spending time with friends and family.

Sharing some snaps of her latest outing on Instagram, showing off a girls night away she had in Dublin. 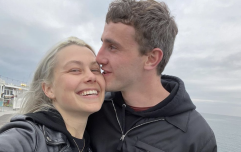 END_OF_DOCUMENT_TOKEN_TO_BE_REPLACED

After spending a weekend away in Galway with her two children, she started off her week by meeting Charlie Bird after his touching Late Late Show interview.

After meeting the RTE journalist, she took some time out to spend with the "most important women in her life", heading to Dublin with her daughter Amelia, mum Gaby and sister Lyndsey for a night on the town. 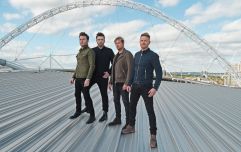 END_OF_DOCUMENT_TOKEN_TO_BE_REPLACED

Posting the snaps from her trip on Instagram, Vicky revealed she had a "whirlwind 24 hours" while she made some "wonderful memories."

Vicky and her gals stayed at the Radisson Blu hotel in Dublin in the new two-bedroom Castle Suite apartment, thanking the staff for going a step further with special touches.

She was given "fluffy socks and hot water bottles on our beds and personalised Christmas mugs for each of us'. Vicky said: 'We were absolutely blown away by the warm welcome that we received."

END_OF_DOCUMENT_TOKEN_TO_BE_REPLACED

Enjoying her time in Dublin, Vicky admitted she "did some damage on Grafton Street, mainly in Dubray Books and Brown Thomas," and we can't blame her.

Vicky is currently undergoing palliative care for her cancer, making the most of her time by going to Dublin Zoo for the wild lights with her children in November as well as speaking about her situation on the Late Late Show the previous week.

She also headed to Galway with her family as they headed to see the sights of the city as well as a trip to the Christmas Market.

Vicky arrived home from America at the start of November and revealed she had stopped her cancer treatment.

popular
Traditional names such as Mary, Maureen, John and Michael may soon be extinct
Young mum packs her bags and travels the world with 3-year-old son
When can we expect the outcome of the Johnny Depp vs Amber Heard case?
Doctors urge women not to follow Kourtney Kardashian's 'semen' fertility advice
The 2 Johnnies share unbelievable catfish ordeal as woman 'targets 40 people'
Charlie Bird has shared his bucket list as he hopes to see Bruce Springsteen next year
Husband of school teacher killed in Texas shooting dies of heart attack
You may also like
10 hours ago
Two racehorses die after escaping from Dublin field
1 week ago
Two youths found guilty of violent disorder after girl pushed under DART
1 week ago
Passengers warned that Dublin Airport situation is simply "unpredictable"
1 week ago
Lesbian couple attacked in Dublin thank public for support
1 week ago
Fake nun known for dancing on Dublin streets banned from entering monastery
1 week ago
Gardaí appeal for witnesses following serious assault on man in Tallaght
Next Page