Only 90s kids will remember, etc.

Last year, the Spice Girls got back together.

It was a reunion of iconic proportions, one that the general public had been desperate for for many years, one that reminded us that feminism did not exist until Geri Halliwell shouted the words 'Girl Power' on a stage in Manchester in 1995. 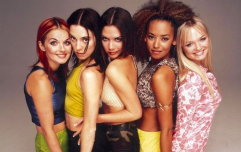 END_OF_DOCUMENT_TOKEN_TO_BE_REPLACED

Noticeably absent from the reunion was, of course, Victoria Beckham who decided that she didn't want to go tour with her former bandmates.

One of the reasons for her no-show was because she was simply too busy with her fashion bits. The other was that singing had never been her passion so why bother doing it again, to be honest?

However, VB's inability to return to her performing roots wasn't borne out of not wanting to spend time with Emma, Mel B, Mel C, and Geri.

The five-some actually appear to have remained decent enough friends throughout the years, unlike other iconic girl bands we know and love.

So much so that Victoria has taken it upon herself to wish Emma Bunton a very public happy birthday and inflict a load of 90s nostalgia upon us while she's at all. 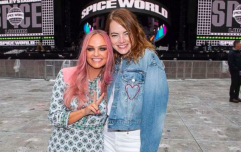 END_OF_DOCUMENT_TOKEN_TO_BE_REPLACED

Scenes all round in this image, tbh.

The dungarees. The smokey blue eye shadow. The bangs. The black nail polish. The leather jacket. The white zip-up hoodie. The space buns. The genuine quality of that photograph.

Incredible, all of it.

Victoria shared the photo on her Instagram last night to wish her friend a very happy birthday.

As per the comments on the image, Emma thanked Victoria for her kind words and intensely 90s photo.

We will never be graced with such iconography in this world again.

Girls With Goals || Her · Ep.161: Feeling Peachy - Sharon Keegan of Peachylean on being an absolute BOSS!
popular
The DIY frozen coffee recipe that's so delicious you'll never pay for an iced latte again
Khloe Kardashian has JUST confirmed she is pregnant
Wayne and Coleen Rooney spotted holidaying in Ireland
Vicky Phelan rethinking cancer trial after "horrendous" reaction to treatment
"There is a difference": Holly Willoughby calls out porn director's view of "normal" sex
Woman who gave birth to 10 babies speaks out following fraud claims by partner
You can now stay in the original Spice Girls bus on AirBnB
You may also like
7 hours ago
You can now stay in the original Spice Girls bus on AirBnB
1 month ago
Spice Girls reportedly in talks for Spice World sequel
4 months ago
Gary Barlow planning a supergroup of Spice Girls, Chris Martin, Little Mix and more
8 months ago
Mel C confirms a Spice Girls 25th reunion is in the works and it's exactly what we need
1 year ago
Good news: The Spice Girls are officially in talks for upcoming gigs
1 year ago
'Nearly broke me' Spice Girls' Emma Bunton describes struggling to conceive with endometriosis
Next Page