Previously, Vogue Williams and Spencer Matthews had spoken about having another baby as soon as possible.

The pair welcomed their first child, little Theodore, back in September 2018, and have been in a love bubble ever since.

So we can see why they were excited by the idea of having another little one.

However, it seems like the couple have put their plans on hold, and for a pretty fair reason.

Speaking to The Mirror, Vogue explained:

"Maybe we thought we were ready for baby number two but that's when we were boasting."

"I think I just want to enjoy a bit more of Theodore. And being pregnant , I didn't find it the easiest thing in the world so I need to give my body a little bit more of a break."

Well, that is fair enough!

"I only just stopped breastfeeding last week, so not yet. But I'd say it won't be too far in the distance because I want them to be around the same age." 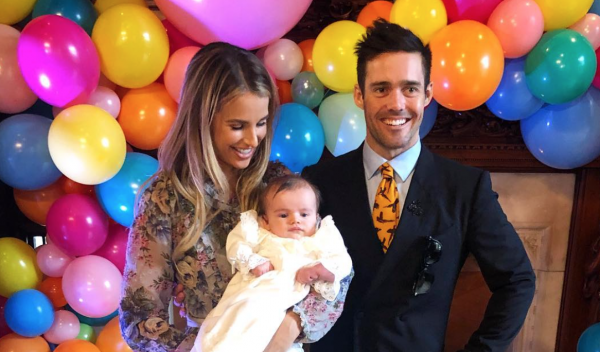 "There's just two and a half years between my sister and I and she's my best pal so I'd love that for Theodore."

"At some point, we will start trying again in the not too distant future."

The lovely mum also opened up about her life with Theodore, and how much she's loving it.

"Little Theodore is a dream."

"He's asleep right now and he doesn't even know we've been out for a walk and to the gym today.