Taking to her Instagram stories yesterday, the mum-of-one explained that she's "annoyed" from seeing celebrities acting dishonest and plugging products in order to make money.

Speaking about Khloe Kardashian amid the controversy surrounding her latest ad for flat tummy shakes, Vogue said she doesn't understand why people push "ridiculous products" to millions of fans who trust them.

"I wouldn't do it because it's lying to people" the 34-year-old added. 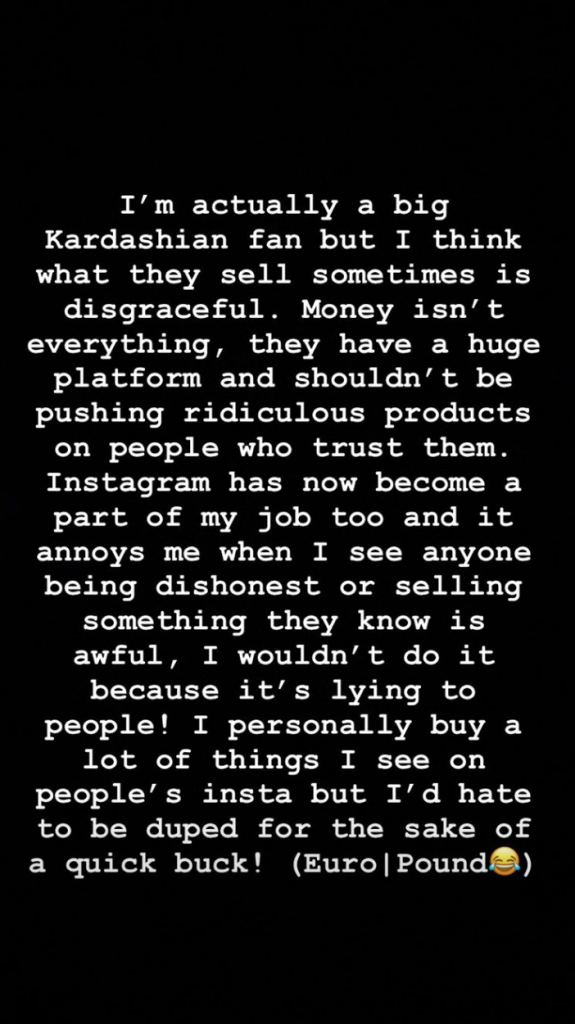 Vogue admitted that she's a fan of the Kardashian family but felt the need to take to her stories to remind fans not to believe everything they read or see online.

This isn't the first time Khloe Kardashian has come under fire for promoting flat tummy shakes on her Instagram. The star has previously been called out by Jameela Jamil for plugging them as a direct weight loss product.

In her latest post however, Khloe also noted that she is also working with a nutritionist and PT to keep her body in shape (something which she forgot to mention last time round).

Fans have also called the star out with one noting that "it's 2020, this kinda crap doesn't work on us anymore".