Guys, is anyone else obsessed with Vogue Williams' baby?

Because we certainly are! 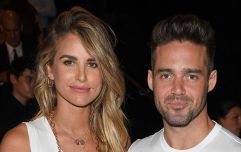 END_OF_DOCUMENT_TOKEN_TO_BE_REPLACED

She posted an adorable video of baby Theo trying bolognese for the first time.

And needless to say, he didn't enjoy it!

"It’s safe to say we don’t like bolognese in this house! I wasn’t offended Winston certainly enjoyed it but then again he does eat the most REVOLTING things."

And as you can imagine, fans reacted accordingly:

"I’ve watched this about 50 times. It’s the fact he pulls the face then try’s to give it another chew then pulls the mum this is mean that’s revolting face," wrote one of Vogue's followers.

It’s safe to say we don’t like bolognese in this house! I wasn’t offended Winston certainly enjoyed it but then again he does eat the most REVOLTING things ? 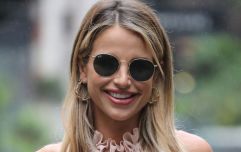 END_OF_DOCUMENT_TOKEN_TO_BE_REPLACED

"I cannot stop rewinding and laughing bless his heart... it reminds me of when I gave my son a lemon to suck! ... that makes me such a cruel mother but it was funny!... Just wish I had recorded it too! And nothing wrong with giving the bowl to the dog , I did it and my two are still alive and kicking!"

The fans were also quick with handing over advice:

"It could be the mince they seem to gag on it, mine were v slow to take to mince, the texture or something babies don't seem to like, bet if it was shepherds pie he would do the same, v cute tho."