Investigative journalism at its finest.

The islanders typically come into the Love Island villa decked in the trendiest fits, unless of course you're Toby and all you wear are a pair of Crocs.

TikToks and Instagram posts are currently going viral after Luca from this year's season was spotted wearing a very interesting choice of footwear on the show.

END_OF_DOCUMENT_TOKEN_TO_BE_REPLACED

Needing to do a double-take in this blink and you miss it moment, but it seems Luca has been taking the fishmonger thing to the extreme and chosen to wear fish flip flops.

When we say fish flip flops, there isn't just a picture of a fish printed on them, but the entire show is a fish that you slide your foot into.

In the original TikTok, Luca's sister revealed that she bought the shoes as a joke and dared him to pack them with him before jetting off to Majorca for the next two months.

Clearly taking the dare to another level, he's been wearing the shoes around the villa. And with now three girls already interested in him, they must be doing something right. 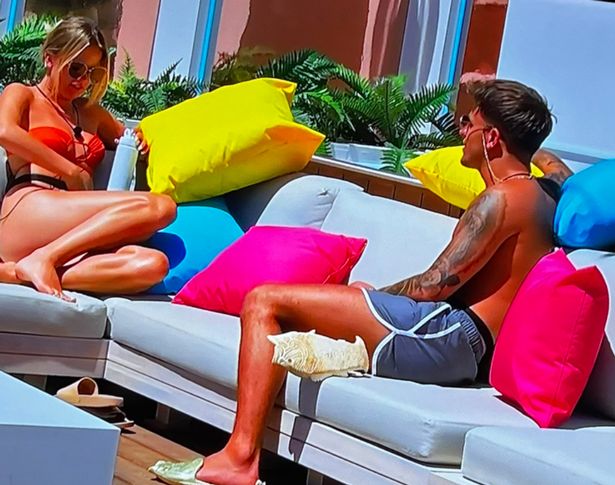 END_OF_DOCUMENT_TOKEN_TO_BE_REPLACED

While they may be working for him inside the villa, fans of the show were disgusted by the shoes, with many taking to social media to share their feelings.

One person wrote: "I know Luca loves his job but he’s taking it a step too far with his fish shoes."

Another said: "Sorry has nobody clocked that Luca is wearing FISH SHOES are u kidding me."

END_OF_DOCUMENT_TOKEN_TO_BE_REPLACED

A third wrote: "The fact Luca Bish who sells fish is wearing fish shoes. I love him."

A fourth added: "Don't tell me Luca is wearing those rubber fish shoes. Love him.”

Luca is currently coupled up with Paige, who he is getting to know but is also chatting to Tasha, meanwhile, Gemma has taken an interest in him too and is hoping to swoop in.

popular
Irish girls name was the most used Irish name in the United States last year
Love Island’s Afia explains why Gemma’s dad has not been mentioned on show
Two dumped islanders have confessed their feelings for each other since leaving the villa
Love Island bombshell Antigoni also has a famous parent
Why Are Men so Obsessed With Boobs? The Answer is Pretty Surprising...
Gogglebox's Tom Malone Jr shares autism diagnosis
Selling Sunset's Maya Vander experiences miscarriage
You may also like
1 day ago
Love Island's Remi says arguments with Jacques "ruined" his time on the show
1 day ago
Love Island fans react to "confusing" recoupling
2 days ago
Tasha and Andrew are on the rocks as the boys choose in a recoupling on tonight's Love Island
2 days ago
Love Island fans concerned over "bullying" of Ekin-Su
2 days ago
PSA: Casa Amor is happening - and soon
2 days ago
Love Island fans are in shock after new boy Charlie revealed his age
Next Page