Conor Murray recently popped the big question to Joanna Cooper, and while we were all a little jealous, the latest update on their engagement has us swooning.

Posting more about their happy moment, fans are finally getting to see exactly how he asked Joanna to be his wife and it's so heartwarming. 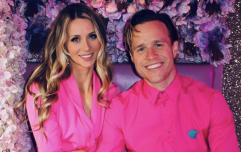 END_OF_DOCUMENT_TOKEN_TO_BE_REPLACED

The rugby international proposed to his model girlfriend in the most romantic setting as they jetted off on a post Six Nations holiday to Dubai.

Giving fans another glimpse into the special moment they had together, Joanna has shared a video of her proposal on her Instagram.

Captioning the clip "a dream week", it began with a view of the beautiful sunset before showing the pair sitting at a table on the beach when Conor asked the question we had all been waiting for. 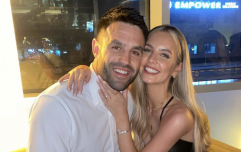 END_OF_DOCUMENT_TOKEN_TO_BE_REPLACED

Clearly taken by surprise, Joanna was completely stunned by the question, immediately jumping up and wrapping her arms around her new fiance.

The Derry native wasn't the only one who was clearly delighted as Conor was also seen smiling from ear to ear when she said yes.

Conor got down on one knee during a romantic holiday in Dubai, and Joanna followed up with a massive yes. 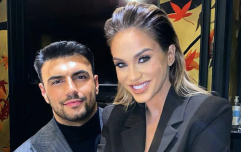 END_OF_DOCUMENT_TOKEN_TO_BE_REPLACED

Also sharing a photo from the memorable moment, Conor posted a photo of the pair of them, writing: "Phew."

The pair have been together since 2018, after first meeting on a night out in London in 2017, according to RSVP, with Joanna claiming that the pair didn't hit it off right away.

Eventually winning each other over, the two endured a long distance relationship as Conor had rugby commitments in Ireland and Joanna remained in London as a model.

The two ended up moving in together when the Covid 19 pandemic hit, which was slightly sooner than they had planned, taking the opportunity by storm.