As if we couldn't love Matt Damon any more, he has just gone and impressed us again.

The Hollywood star has signed a drawing of himself and it's going to be auctioned off for Pieta House.

And what's more incredible is that the original target of €5,000 has already been hit. 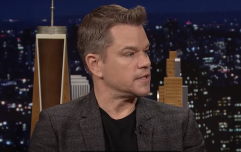 END_OF_DOCUMENT_TOKEN_TO_BE_REPLACED

The drawing was finished two weeks ago and the signing was done over the last few days. Shane Gillen, the artist behind the piece, tells Her he "couldn't share any of it until [Matt] left the country."

"He left at 9am this morning" says Shane who "can't wait to see what happens when he comes back!"

Shane co-owns a talent company called Big & Bright and during lockdown he took the time to start drawing again - "an old passion" he hadn't picked up in a while. 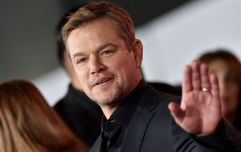 END_OF_DOCUMENT_TOKEN_TO_BE_REPLACED

Shane decided to start drawing well known much loved Irish figures: Michael D Higgins, Gay Byrne, Leo Varadkar, and Ryan Tubridy. Then he decided to draw the man that had Dalkey and the rest of Ireland talking - Matt Damon.

He posted the drawing on Instagram and someone suggested he try and get Damon to sign it to sell it for charity - and that's exactly what he did. Life works in magical ways, and when you're Irish it's even more magical... because someone always knows someone. 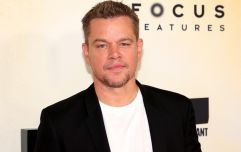 END_OF_DOCUMENT_TOKEN_TO_BE_REPLACED

"It was two trips to Dalkey," says Shane. First was to meet his trainer and the next was to meet the whole team in Mugs Cafe.

"Matt signed it under the understanding that this was going to a raffle or an auction," says Shane.

Shane put a target of €5,000 to raise for Pieta, and he's already creeping towards the €6,000 mark. There's no doubt that this piece will see a lot more bidders over the next while.

The winning bid and lucky new owner of the signed Matt Damon print will be picked in three weeks time. You can place your own bid here.

Shane is also selling a series of twenty prints of the original image in aid of Pieta House. Those are being sold for €1,000 each here.

popular
Molly-Mae Hague fans think they officially know her baby's name – and it means cloud
Baby found unattended in pram in Dublin, Gardaí reveal
Joanna Cooper heartbroken after her mum is diagnosed with dementia
Tasha Ghouri hits back at another islander who called her relationship fake
Blake Lively cast in film adaption of It Ends With Us
"I feel like I lost myself": Nathalie Lennon on her mental health struggles and her latest project with Pieta
Anne Hathaway shares disappointing news about The Princess Diaries 3
You may also like
1 year ago
WATCH: The first trailer for The Last Duel, the epic film Matt Damon made in Ireland
1 year ago
Matt Damon to return to Dalkey as guest speaker at local book festival
2 years ago
Matt Damon is in Meath now
2 years ago
Matt Damon is returning to Ireland, and he needs extras for his new film
2 years ago
The Dalkey gaff where Matt Damon stayed during lockdown will be available to rent again soon
2 years ago
Boojum launches special-edition Matt Damon tacos, available for one week only
Next Page