It has been widely speculated.

Since Donald Trump was sworn into office in 2016, there has been rumours going around the his wife Melania has a body double.

On numerous occasions where the couple had to go out on official engagements, people speculated that the person standing next to (or behind) Donald Trump was not, indeed, his wife. 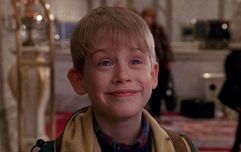 END_OF_DOCUMENT_TOKEN_TO_BE_REPLACED

However, after nearly three years, the President has responded to the rumours.

Taking to Twitter (are you surprised?), Donald said: "The Fake News photoshopped pictures of Melania, then propelled conspiracy theories that it’s actually not her by my side in Alabama and other places. They are only getting more deranged with time!"

The Fake News photoshopped pictures of Melania, then propelled conspiracy theories that it’s actually not her by my side in Alabama and other places. They are only getting more deranged with time!

It kinda backfired on Donald though, as many people left a comment under the post saying the, in fact, do not believe him:

I'm not a #FakeMelania proponent, but no one photoshopped her. The fact that you're tweeting about it does make me consider that the stand in idea might actually be true. pic.twitter.com/k4ZTOzo2Co

Why do you just make things up?https://t.co/QYcSmEGNYY

I thought those stories were total BS until I saw this tweet from the Congenital Liar In Chief. Now I *know* there is a stable full of Trump Trophy Wife Doubles.


Girls With Goals || Her · Ep.161: Feeling Peachy - Sharon Keegan of Peachylean on being an absolute BOSS!
popular
Love Island fans pine for Tommy Fury's loyalty after last night's episode
Charlie Haughey's grandniece has won big for Hong Kong in the Olympics
The sad reason why viral gymnast, Katelyn Ohashi, isn't on the USA Olympic team
Love Island's Georgia could tell Hugo had a thing for Chloe
Who says you have to wear a dress? We're looking at alternative fashion options ahead of Ladies Day at the Galway Races
You can now rent out the Harry Potter house on AirBnB
Triumph over trolls: Lisa’s Lust List opens up about her highcourt win
You may also like
6 months ago
Donald Trump hints at potential second term as he officially leaves White House
6 months ago
Donald Trump planning 100 pardons on last day of presidency
6 months ago
Joe Exotic has limo waiting as he expects presidential pardon from Donald Trump
6 months ago
Arnold Schwarzenegger compares rioters to Nazis, calls Trump "worst president in history"
6 months ago
Two photos of Capitol building 1,448 days apart encapsulate horror of Trump presidency
6 months ago
Donald Trump banned from Facebook, Twitter and Instagram
Next Page