The actor remained in the front row after slapping Chris Rock.

The controversy around Will Smith's actions at the 94th Academy Awards continues, as it was revealed that Smith had been asked to leave the auditorium following the slap heard around the world.

END_OF_DOCUMENT_TOKEN_TO_BE_REPLACED

The joke was in reference to Jada's shaved head following a diagnosis of alopecia.

Moments after the joke, Will rose from his seat and made his way towards Rock, slapping him before returning to his seat.

"Will Smith just smacked the s**t out of me," Rock replied.

"Keep my wife's name out of your f***ing mouth," Smith shouted at the stage.

Smith apologised first to the Academy and his fellow nominees during his acceptance speech for Best Actor.

"To the Academy, I want to apologise to all my fellow nominees," Smith said. 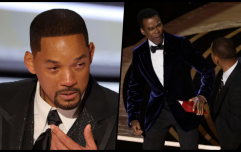 Will Smith apologises to Chris Rock for slapping him at Oscars

END_OF_DOCUMENT_TOKEN_TO_BE_REPLACED

"Love will make you do crazy things.

"Thank you for this moment, and thank you on behalf of Richard and Oracene and the Williams family.

"I hope the Academy invites me back," he concluded.

He then apologised to Chris Rock on social media on Monday evening (28 March).

"Violence in all of its forms is poisonous and destructive," Smith wrote.

"My behavior at last night’s Academy Awards was unacceptable and inexcusable." 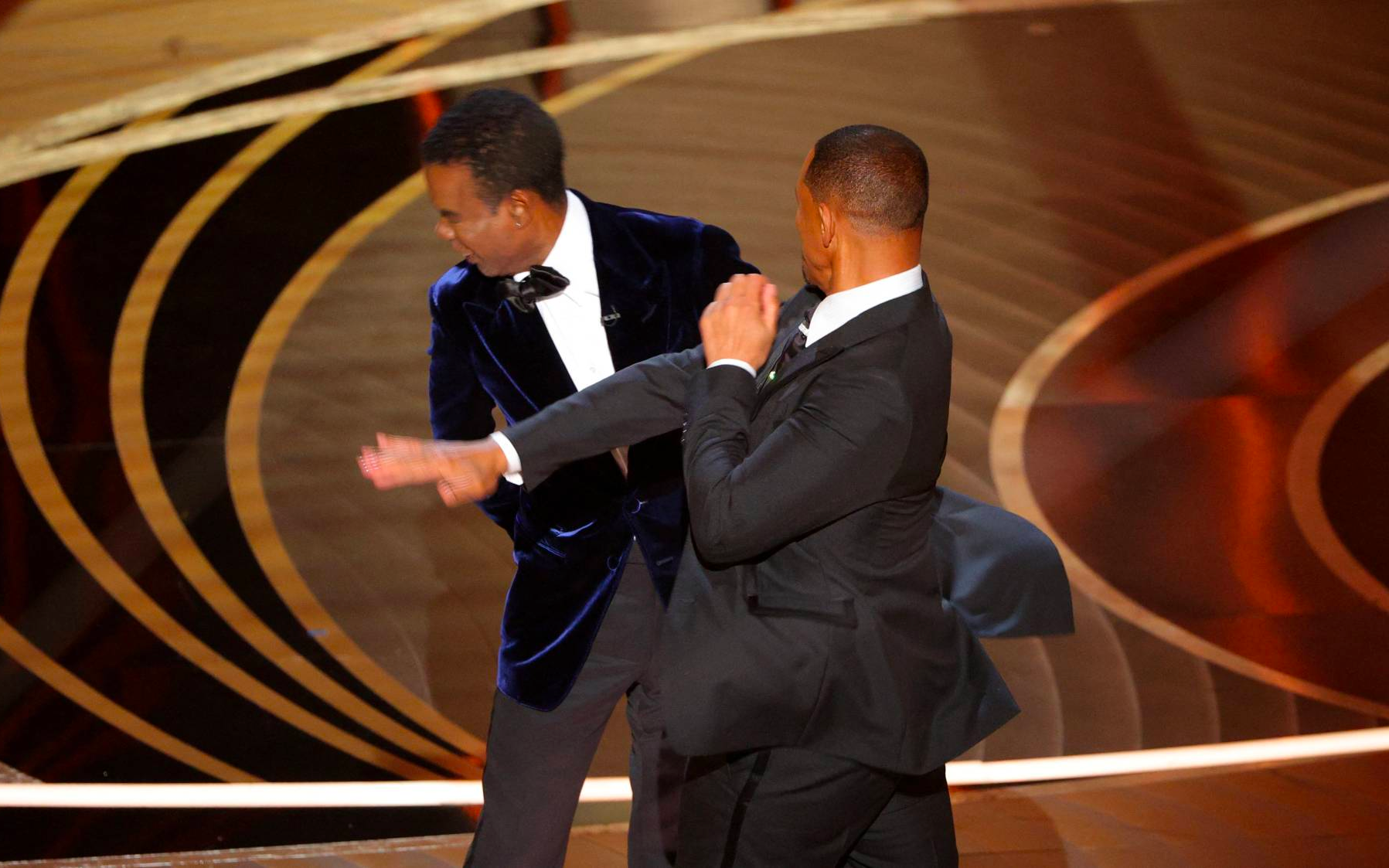 Rock has since spoken out about the incident for the first time, saying he is still "processing" what happened.

Performing to a stage in Boston, the comedian said: "I'm still processing what happened, so at some point, I'll talk about that s**t.

"It'll be serious. It'll be funny, but right now I'm going to tell some jokes."

"Let me be all misty and s**t. I don't have a bunch of s**t to say about that, so if you came here for that... I had written a whole show before this weekend."

According to reports, Rock began his set be asking: "How was your weekend?"

Questions were raised as to why Smith was allowed to remain in the theatre following the assault.

As reported by Associated Press, the Academy revealed that they had made an attempt to remove Smith.

“Things unfolded in a way we could not have anticipated,” the Academy said in a statement.

“While we would like to clarify that Mr. Smith was asked to leave the ceremony and refused, we also recognize we could have handled the situation differently.”

A disciplinary investigation is currently underway, which could see Smith expelled from the Academy, but it is unlikely that he will be made to return his Oscar.

popular
Irish girls name was the most used Irish name in the United States last year
6-year-old boy dies in Co. Antrim accident
Brian Laundrie admitted he "ended" Gabby Petito's life in notebook confession
Ikenna called out by Laura Whitmore after calling Love Island experience a "holiday"
Met Éireann issues Status Yellow rain warnings for five counties
Vicky Phelan "holding her own" as she shares health update
Love Island fans want Ekin-Su's family to get a reality show following Aftersun appearance
You may also like
3 days ago
Netflix CEO confirms adverts are coming to the service
1 week ago
WATCH: The first trailer for Blonde, the first adults-only movie made by Netflix
3 months ago
WATCH: The trailer for Where the Crawdads Sing is here
3 months ago
Sneak peek: See the first images of Daisy Edgar-Jones in ‘Where the Crawdads Sing’
3 months ago
Netflix crack down on password sharing by trialling new non-household user costs
1 week ago
TOWIE cast kicked off flight for refusing to wear masks
Next Page