The couple paid an important visit to a cross community sporting initiative.

Yesterday saw Prince William and Kate Middleton pay their first ever visit to the city of Derry.

The royal couple had a busy itinerary and visited students at Ulster University before stopping by a cross-community sporting initiative.

END_OF_DOCUMENT_TOKEN_TO_BE_REPLACED

At the City of Derry Rugby Club, William and Kate met players, coaches and volunteers from the Sport Uniting Communities initiative, which is a collaboration between the Irish Football Association, the Ulster Gaelic Athletic Association and Ulster Rugby.

The aim of Sport Uniting Communities is to "promote meaningful, purposeful and sustained contact" across different communities and the religious divide in Northern Ireland.

While there, the Cambridges watched the younger members of the club play rugby, football and Gaelic games. They also took to the pitch themselves. 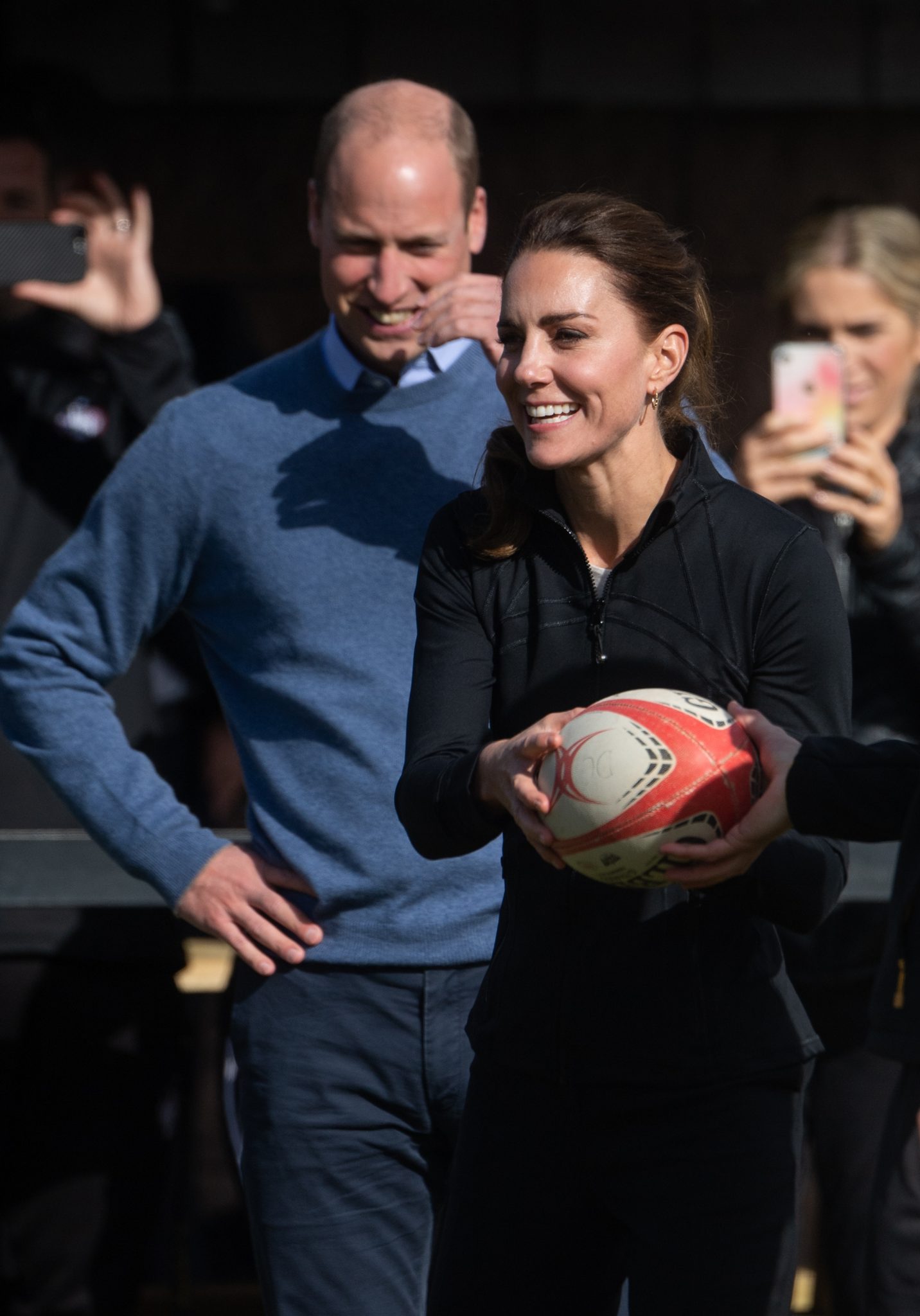 END_OF_DOCUMENT_TOKEN_TO_BE_REPLACED

Prince William then made a short speech, praising the cross-community initiative.

He said: "We are really impressed with what you’ve achieved here, seeing all the smiling faces outside, running around, joining in the sports and having a really good time, it is fantastic.

“I think seeing the communities come together and be able to work together, play together, have fun together, it is a really strong message you are sending out here."

William continued: "On the back of a pandemic is not the easiest time to be doing all this, but hopefully it refocuses minds about what is important in life and what you are doing here is truly inspirational." 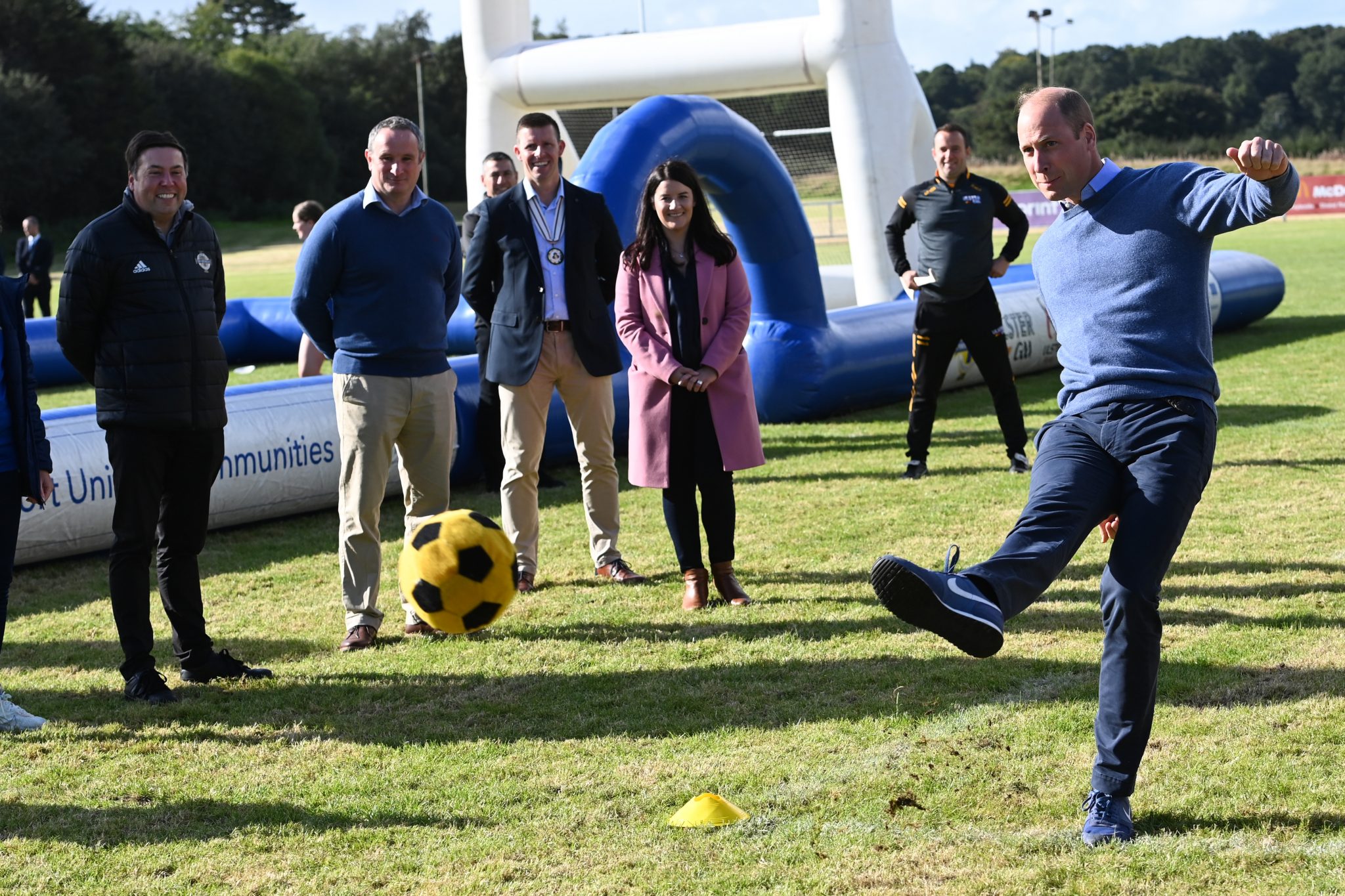 END_OF_DOCUMENT_TOKEN_TO_BE_REPLACED

As well as paying an important visit to the club, William and Kate enjoyed some Irish whiskey, which they said went down "extremely well".

During their time at Ulster University's Magee campus, the royals met with students studying paramedic science and nursing, before visiting a mobile zoo in the Students Union.

There, Kate bravely handled a tarantula called Charlotte, while William joked that their son George would be upset to have missed it.

popular
Baby dies next to mother who drank 'two or three' bottles of wine then fell asleep
Woman dies four days after proposal after using wrong spoon to stir tea
"I feel like I lost myself": Nathalie Lennon on her mental health struggles and her latest project with Pieta
S Club 7's Hannah Spearritt and children left homeless after being forced from home before Christmas
Naked Attraction host left speechless after seeing contestant with 'world's biggest penis'
Anne Hathaway shares disappointing news about The Princess Diaries 3
Irish pizzeria given perfect score by top food reviewer
You may also like
6 days ago
Irish names among the top 10 hardest words for British people to pronounce
1 week ago
Patient in his 80s killed in Cork hospital ward following attack
1 week ago
Nadine Lott's killer scarred for life following prison attack
1 week ago
Gardaí are reviewing "helpful, new" information in Sophie Toscan du Plantier case
3 weeks ago
Ireland set to ban "cruel process" of conversion therapy
4 weeks ago
Leo Varadkar to tackle the housing crisis with "Covid-style" plan
Next Page