With plans for a 'new working model' what does 'financial independence' really look like for Harry and Meghan?

"We intend to step back as senior members of the Royal Family and work to become financially independent..."

OK, but how exactly?

Plus, being 'financially independent' is sure to be a first for Prince Harry.

Whether or not you give a damn about monarchy, the financial aspect of how Meghan and Harry plan to keep their affluent lifestyle is indeed intriguing.

With the Duke and Duchess of Sussex (we'll come to those titles in just a minute) having "made the choice to transition into a new working model" where they no longer receive funding from the Sovereign Grant, we wonder, just how will they hold on to their butler, their nanny, jet around the world and well, live the opulent lifestyle they live now? We can't imagine that they're planning on giving it up.

Firstly, the Sovereign Grant, that currently makes up five percent of their income, is made up of British taxpayer money and profits from properties owned by the Crown which are then paid to the Queen annually. It's there to fund official duties, maintain royal palaces and households and, as can be seen from the Sovereign Grant Report 2018-19, it amounted to £76.1 million in 2017 and around £82.2 million from 2018 to 2019.

This is then divvied out among royal members and where it's deemed most necessary. From here on out, Harry and Meghan shall receive no more from the pot, all of their own accord.

They're certainly not lacking in dosh, however. Meghan has an estimated wealth of £4 million, accumulated from her role as Rachel Zane in the hit TV series Suits as well as a handful of small movie roles and income from her lifestyle blog, The Tig.

Harry has built up an inheritance from the likes of the Queen Mother and millions from the estate of his mother, Princess Diana, bringing his personal wealth to an estimated £30 million. 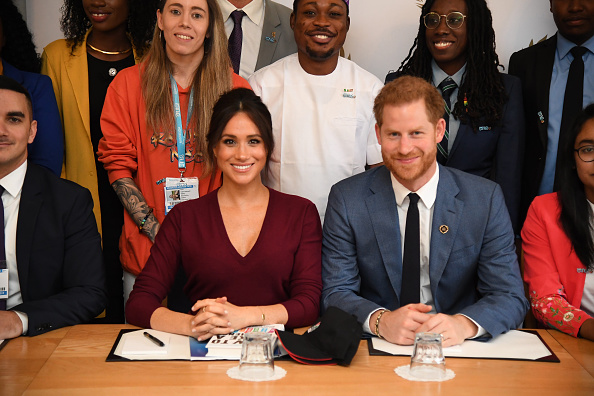 END_OF_DOCUMENT_TOKEN_TO_BE_REPLACED

One Young World at Windsor Castle on October 25, 2019, in Windsor, England

Prince Harry receives money from his father's Duchy of Cornwall which is essentially a big portfolio of investments and as of yet, we haven't seen any mention of the couple's plans to cut themselves from this on the Sussex Royal website. It's currently where 95 per cent of their income comes from.

Of course, it's their royal titles that help in being a future goldmine too.

With the couple "looking for clients who share our desire to produce great work," the question is, will they be allowed to keep their royal titles if they are no longer taking part in royal duties?

Now that they've had a company named Article — the same company behind Meghan's blog The Tig — design the sussexroyal.com platform (registered in March 2018) and outlined their new roles and self-created guidelines for the future, Queen Elizabeth may very well feel the need to take every step necessary in protecting the monarchy and strip them of their current titles. 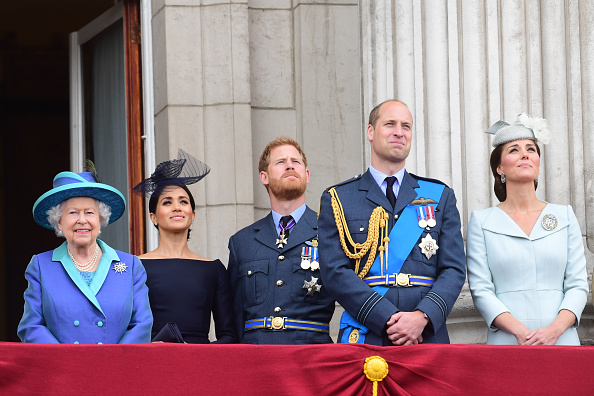 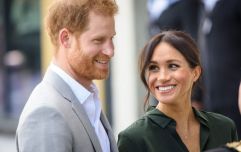 END_OF_DOCUMENT_TOKEN_TO_BE_REPLACED

With Harry and Meghan no doubt planning on using their reportedly trademarked 'Sussex Royal' name to help bring attention to their charity work but also to make profitable commercial deals, their royal titles of Duke and Duchess should also come in very handy indeed.

After all, their titles are what add that extra appeal and so surely, the amount they earn could be dependent on just how royal they're deemed to be.

Then there's Frogmore Cottage — the couple's official residence in the UK — which they intend on using as a UK base with the Queen's permission.

You see, although we often hear that the cottage was gifted to them by the Queen, the Queen still owns it. Frogmore Estate, where Frogmore Cottage sits, is owned by the crown estate. Its £2.4 million refurbishments previously carried out by the couple is sure to leave some taxpayers peeved, now that Harry and Meghan won't be around all that often at all to use it. Let it be known, they did at least pay for the furnishings and fixtures.

As for security, the couple won't be paying for their own protection either. The estimated £650,000 annual security bill – afire snot confirmed by the couple or the palace – will continue to be paid for by taxpayers as sussexroyal.com states that the couple "are classified as internationally protected people which mandates this level of security".

So, as is evident, much is still to come about from this story, with the couple's hasty move to Canada and the long and detailed document they released along with detailed plans for the future, all without disclosing it fully to the Queen it seems.

For now at least, it's quite clear, using the term 'financially independent' within said document, might be a bit of a stretch.