She claims the show failed in its duty of care to contestants.

The 36-year-old, who appeared on the show in 2010 and reached the quarter finals, told the Sunday Times that she had retrained in law so that she could take legal action against Syco Entertainment. 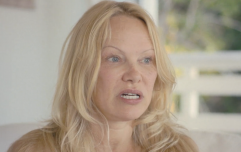 END_OF_DOCUMENT_TOKEN_TO_BE_REPLACED

She is planning on bringing a civil case of personal injury under negligence against the company, of which Cowell is the director.

According to the Sunday Times, Waissel and her legal team have sent a letter of claim to Syco Entertainment.

The X Factor was produced by Simco, a subsidiary of Syco, and Fremantle TV.

Waissel told the newspaper that she became a hate figure on the show and received acid attack and death threats.

Waissel says Simon Cowell's company, Syco, failed in its duty of care to her and other contestants on the show (Getty) 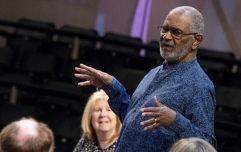 END_OF_DOCUMENT_TOKEN_TO_BE_REPLACED

She claims she wasn't allowed to leave the house she lived in during the live shows, barely slept or ate, and has been through therapy and counselling for post-traumatic stress disorder.

She claims Syco Entertainment failed in its obligation to provide a duty of care to her and other contestants. 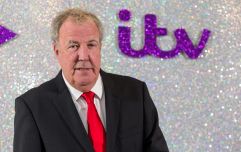 END_OF_DOCUMENT_TOKEN_TO_BE_REPLACED

Speaking to the Sunday Times, she said that she enrolled at BPP University in London last year and graduated with a postgraduate law degree.

This means she can now work as a paralegal or undertake further training to become a lawyer.

Waissel told the publication: "There are so many of us who have been so trapped and it's not fair, there was a huge imbalance in power.

"I just wanted to be able to understand [the contracts] and to protect people from being manipulated in the future."

Waissel appeared on the X Factor in 2010, eventually finishing in seventh place. She has since retrained as a paralegal (ITV)

She added that she was paid a token sum of £1 to appear on the live Saturday night shows. As contestants in a talent competition to win a prize, contestants are not employed by the company.

There may be a stumbling block for her in her legal claim though, because of the period of time since the events on the show. The statute of limitations for personal injury suits stands at three years, so Waissel and her team will need to persuade a judge to waive this.

A spokesperson for The X Factor told JOE: "The duty of care to our contestants is of the utmost importance to us and we take the welfare of everyone involved very seriously.

"We have robust measures in place to ensure contestants are supported including a dedicated welfare team made up of psychologists, doctors, welfare producers and independent legal and management advisors with no time limit on aftercare once the show has aired.

"These measures are always under constant review and are adaptable to reflect the unique requirements for each series."

Last August, a source told the Mirror that they and five other former X Factor contestants were  approaching a law firm to sue SyCo for at least £1 million ($1.2 million).

The source told the paper: "Your mental wellbeing was of no one's interest. We were just pawns in their game. When I entered the show I was confident, ambitious and charismatic."

"Now I am extremely untrusting, emotional, nervous and full of anxiety."

popular
Gwen Stefani reportedly pregnant with baby number four
Anne Hathaway shares disappointing news about The Princess Diaries 3
Tasha Ghouri hits back at another islander who called her relationship fake
Baby found unattended in pram in Dublin, Gardaí reveal
Molly-Mae Hague fans think they officially know her baby's name – and it means cloud
Why Are Men so Obsessed With Boobs? The Answer is Pretty Surprising...
Jennifer Lawrence Speaks Out About Liam Hemsworth Relationship
You may also like
1 week ago
Twitter post fuels debate over what 45-year-olds looked like in the '90s
2 weeks ago
Alan Carr set to replace David Walliams on Britain's Got Talent
1 month ago
Line of Duty reportedly returning for new three-episode series
2 months ago
Place In The Sun star Jasmine Harman tears up during emotional episode
2 months ago
'Neighbours' set to return to UK screens in sensational comeback
2 months ago
David Walliams recorded making sexually explicit comments about BGT participant
Next Page