Kim and Kanye don't exactly spare the cash when it comes to their daughter North, her wardrobe sports multiple designers and remember the little girl's Coachella themed birthday?!

However, what they have in mind for her second Christmas is even more extravagant.

According to reports, Kanye wants to give North a (wait for it) diamond tiara.

END_OF_DOCUMENT_TOKEN_TO_BE_REPLACED

A source told Heat magazine: "He went totally OTT and bought her a diamond-encrusted tiara, so when she plays dress-up, she’ll be a real princess.

"He’s hoping she’ll treasure it for all of her childhood years. It’s probably worth about £50k, at least". 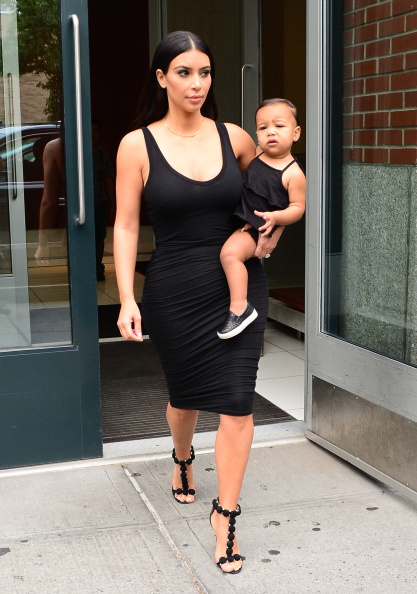 As if that wasn't enough, the rapper also wants to give North a replica of his car...a baby car but a car nonetheless.

“Then he also got her one of those baby cars – an exact copy of his matte-black SUV. He thinks it’s the coolest thing ever, and it’s cost him around £10k" the source continued.

Oh and just so Kim doesn't feel out, Kanye has asked a stylist to source a bespoke wardrobe for his wife.

“For Kim, he’s got specially commissioned designer clothes, shoes, bags, and jewels, too. Well, actually he asked his stylist to do it,” the source claimed.

popular
'They're Dead To Me Now' - Kate And Oliver Hudson Have Been Disowned By Their Father
It's a Sin: Bump Channel 4's latest drama to the top of your watch-list
Someone has ranked the penis size of men from all over the world
Kourtney Kardashian and Travis Barker are officially dating
Police called to "illegal rave" in UK to find pensioners queuing for vaccine
Sex dreams: What do they mean and why do we have them?
Reality TV show One Night With My Ex starts on Irish TV tonight
You may also like
1 year ago
Turns out, this colour of wine gives you the WORST hangover
4 years ago
Pretty Little Liars actor Brandon Jones could be facing over five years in prison
4 years ago
Gwen Stefani Receives Massive Backlash After "Insulting" April Fools' Prank
4 years ago
Katie Price Names And Shames The Twitter Trolls Bullying Her Son Harvey
4 years ago
Kim Kardashian Blasts "Body-Shaming and Slut-Shaming" In Brilliantly Honest Post
4 years ago
WATCH: Emma Watson Launched HeForShe Arts Week On International Women’s Day
Next Page