Sasha Pieterse has opened up about her weight gain, saying that within two years she gained 70 pounds, and people either called her "pregnant" or "fat."

The 21-year-old has had a whirlwind year, with filming the final of Pretty Little Liars, signing up to a spin-off show, The Perfectionists, as well as taking part in Dancing With The Stars. 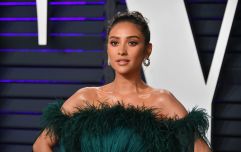 END_OF_DOCUMENT_TOKEN_TO_BE_REPLACED

However, on this week's episode of the US version of DWTS, Sasha opened up about what it’s like to live with a hormone condition called polycystic ovary syndrome, which she was diagnosed with "very recently."

"[It was] one of the hardest things I've ever been through. I had no idea what was going on and I didn't have any way of solving it.

"It was really, really hurtful the way people reacted. People were saying stuff like 'she's pregnant, you're fat.' They were angry. They were mad that I look like this."

However, she said that she now feels better in her own skin. 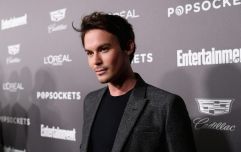 END_OF_DOCUMENT_TOKEN_TO_BE_REPLACED

"I went through a hard time, so feeling like me again, it means the world, honestly.”

Earlier this year, she tweeted: "That doesn't mean I don't want to improve myself; it means that I am making a point to love myself at every stage and chapter of my life."

We think we should all take a leaf out of Sasha's book, and be happy in the skin we're in.