*WARNING some readers may find this distressing*

Youtuber Logan Paul has apologised after uploading a video of a man who had died by suicide.

The 22-year-old was on a trip to the "Japanese suicide forest" located at the base of Mt Fuji in Japan, when he came across a dead body of a man.

The vlogger proceeded to record the deceased individual - uploading the footage to YouTube as part of his latest video series. 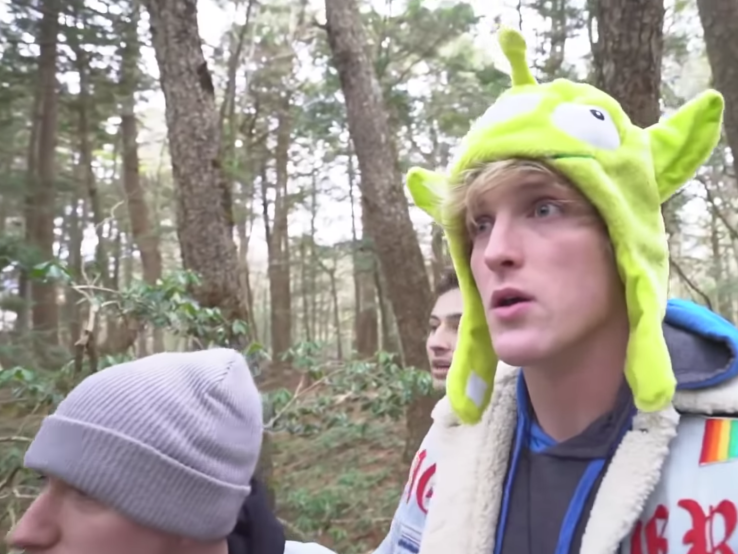 The video which has since been removed from Youtube, was live for more than a day before being removed. During that time, it was viewed by more than one million people... including many well-known names who spoke out in disgust.

How dare you! You disgust me. I can't believe that so many young people look up to you. So sad. Hopefully this latest video woke them up. You are pure trash. Plain and simple. Suicide is not a joke. Go rot in hell.

When my brother found my sister’s body, he screamed with horror & confusion & grief & tried to save her. That body was a person someone loved.

You do not walk into a suicide forest with a camera and claim mental health awareness.

Logan Paul’s instinct to continue filming, continue editing, and continue uploading after filming a dead suicide victim shows just how corrupt he has become in the persuit of relevancy. You had many chances to turn back, dude. You chose this.

Dear @youtube, after the Logan Paul video where he shows a dead body of a suicide victim, uses that for the title, makes heartless jokes next to the body, there needs to b age restrictions for certain creators. How is this allowed on YT? His followers are children! Horrifying

did someone forget to tell logan paul that raising awareness for something isn’t just showing people the thing. it’s like if i wanted to raise awareness for global warming by sitting and watching some ice melt for a week

The star has since apologised on Twitter expressing that his intention was never to cause hurt.

The apology has also been hit with backlash, with many people believing his statement is "insincere and fake", fans of the star also spotted friends of Logan smirking and laughing during the footage from the forest and are looking for an apology from all parties.

If you, or someone close to you has been affected by this story, please take note of this free phone number to call - SAMARITANS - 116 123. Whatever you are going through, you are never alone.