It's the feel good viewing of the summer.

Last week, Netflix released Set It Up - and it's become one of their most talked-about films.

The movie follows two 20-something, over-worked assistants - Harper (Zoey Deutch) and Charlie (Glen Powell) - in the same office building that team up to set up their demanding, Miranda Priestly-esque (and single) bosses with each other in an effort to get them to ease up on the workload. 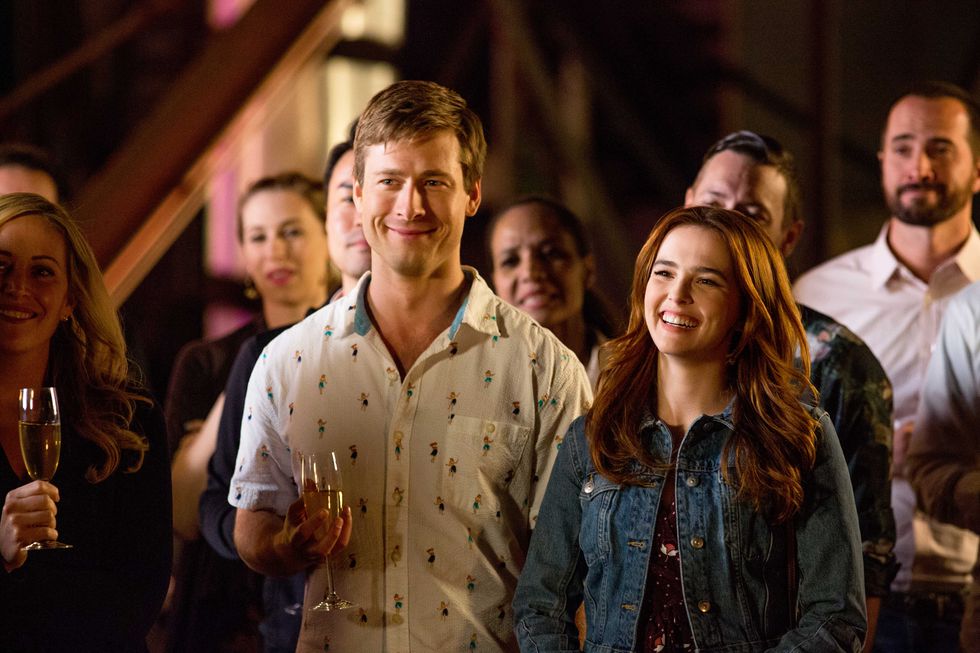 END_OF_DOCUMENT_TOKEN_TO_BE_REPLACED

It's got a meet-cute in an elevator, plenty of witty comebacks, a last minute dash to the airport - and, of course, one good smooch.

Since it was released on June 15, the movie has been hailed the most "wholesome and adorable" rom-com in years - and, just generally, the best one of the genre.

So, if you're staying in this Saturday night, we have taken a look at five other similar movies you may want to check out....

High school senior Alex Truelove plans on losing his virginity to his girlfriend - but things get complicated when he meets the handsome and charming Elliot, sending Alex on a roller-coaster journey to find what he is really looking for.

When We First Met

Noah spends an evening with the "girl of his dreams", Avery - only to end up friend-zoned. He spends the next few years wondering why, until he gets the chance to go back in time and change what happened that night over and over again.

A couple spends their three-year dating anniversary looking back at their relationship - and trying to decide if they should stick together or break up.

When a white life spins totally out of control, Ali, the son of a Muslim cleric, finds himself caught between his sense of family duty and what his heart wants - follow through with his arranged marriage, or be with the girl he loves.

When Harper is sent to Barcelona for an important work meeting, her two best friends tag along - and convince her to fly to Ibiza to pursue a fling with a famous DJ.

popular
Traditional names such as Mary, Maureen, John and Michael may soon be extinct
The 2 Johnnies share unbelievable catfish ordeal as woman 'targets 40 people'
Daughter of teacher killed in Texas school shooting pays tribute
Toddler drowns in swimming pool while on holidays in Costa Blanca
Singer Cliona Hagan marries Simon Sheerin in Athlone ceremony
This is how much Kourtney and Travis' wedding cost
Kevin Spacey charged with four counts of sexual assault against three men
You may also like
1 week ago
Christine Quinn confirms she'll be on the next season of Selling Sunset
1 week ago
Virgin River season 4 is coming – and here's what we know so far
1 week ago
Bridgerton has announced a newbie coming to season three
2 weeks ago
Ads could be coming to Netflix before the end of this year
2 weeks ago
Selling Sunset's Christine Quinn says she quit Oppenheim group before the reunion show
3 weeks ago
Grace and Frankie's last-ever episodes are here – and why this show was so important
Next Page