We're living for the melodrama.

First of all, for anyone who doesn't know, K-dramas are Korean TV shows. The genres range from romance to action to period dramas, but they are usually extremely overdramatic and entirely absorbing.

If you have yet to experience the wonder that is K-dramas, you're in for a treat. They will provide you with the type of melodrama and ridiculous romance that has disappeared from a lot of Western shows. Expect ridiculously unrealistic miscommunications, plenty of damsels in distress (yes, we know, but still), tons of love-hate banter between the romantic leads, and often a sprinkle of magic thrown on top (just to make sure it's dramatic enough).

We know, it sounds like a lot. But we've seriously rekindled our love of them recently because they're funny and cosy and the best escape from reality we could hope for at the moment.

And the best thing about them? They're all only around 20 episodes so you don't have to worry about deep diving into a seven-season long show that inevitably decreases in quality as it drags on. The characters and storyline stay fresh until the end. Plus there are LOADS available to watch on Netflix which is, you know, always a bonus.

So now, without further ado, here's a list of eight possible episodes to kick-start your K-drama love. Trust us - you will be swooning over the likes of Hyun Bin and Lee Min Ho in no time. 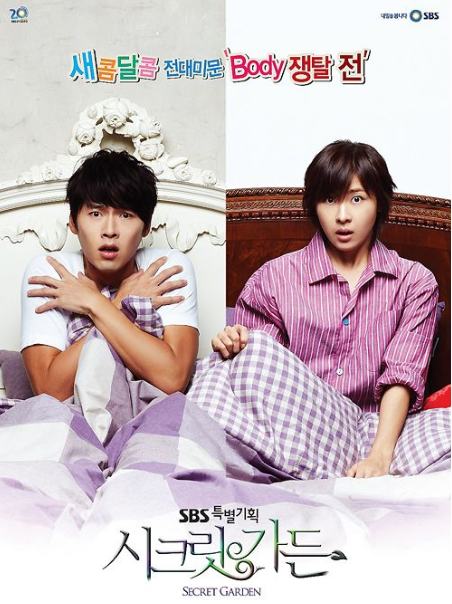 Okay, this may have been the first one we ever watched so it holds a special place in ours hearts but we still maintain that it's a great one. This is a Cinderella-story between stuntwoman Gil Ra-im and Kim Joo-won, the rich CEO of a department store. Joo-won can't get Ra-im out of his head after he first meets her and so he tries to pursue her. Things get complicated when the two end up switching bodies and can't figure out how to switch back. (We told you there would be magic thrown in.)

2. Descendants of the Sun 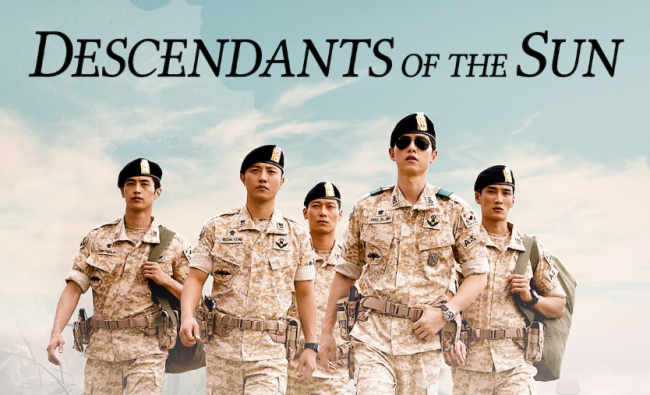 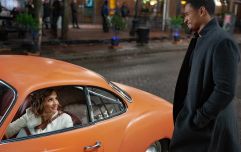 END_OF_DOCUMENT_TOKEN_TO_BE_REPLACED

Here's one for anyone who likes their TV shows magic-free. This is one of the best K-dramas we've seen so far. The humour is top quality, the emotion is heavy, and the chemistry between the romantic leads is amazing (turns out that they got married after working together on this so - go figure!). This is about a budding relationship between doctor Kang Mo-yeon and soldier Yoo Shi-jin and whether that relationship can survive their conflicting lives. There's a lot more to it than that but you'll just have to watch it to find out. 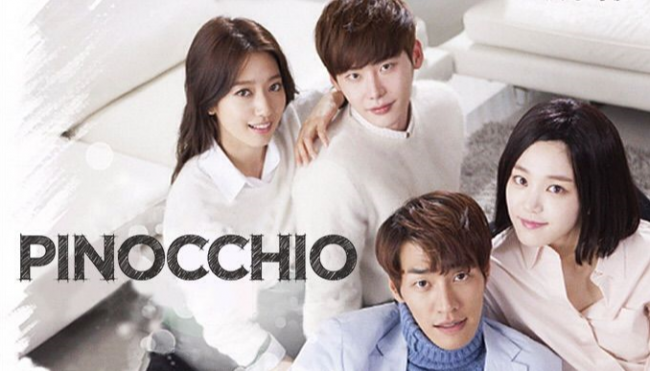 This drama follows Ki Ha-myung, a boy whose family is ruined because of false accusations made against his father, exacerbated by media propaganda, and a girl, Choi In-ha, who wants to follow in her mother's footsteps and become a journalist. However, she suffers from "Pinnochio Syndrome", a condition that causes her to hiccough when she lies. 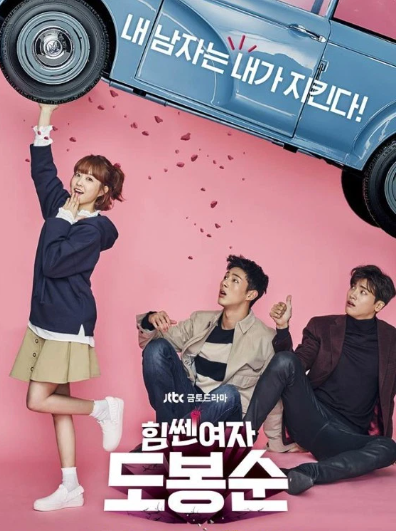 Meet Bong-soon, a girl born with supernatural strength - a hereditary power that's passed along through the women in her family. She wants to become an elegant woman, someone who would catch the attention of her crush, In Guk-doo, a policeman. However, she gets a job as a bodyguard to Ahn Min-hyuk, a rich heir and the CEO of a gaming company. 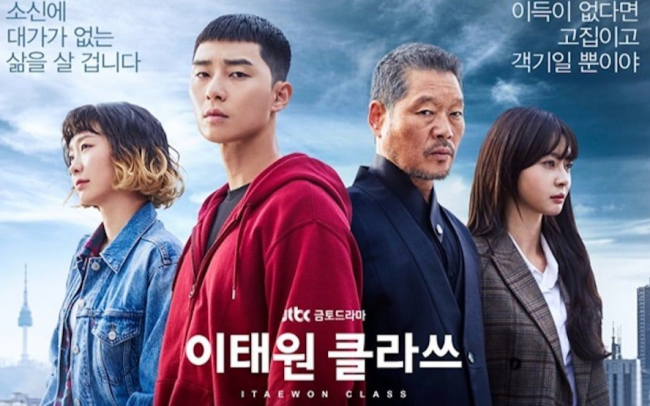 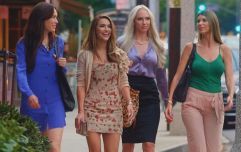 END_OF_DOCUMENT_TOKEN_TO_BE_REPLACED

Park Sae-ro-yi's life spirals out of control when he punches a bully in his class. The bully is the son of a powerful CEO who runs a big restaurant business called Jagga. This leads to Sae-ro-yi being expelled from school and to his father losing his job. Soon after, Sae-ro-yi's father is killed in an accident caused by that same bully, leading Sae-ro-yi to attack him, get arrested, and face time in prison. After Sae-ro-yi is released, he starts his own restaurant and vows to take revenge upon the bully and his father by destroying the Jagga company.

6. Crash Landing on You 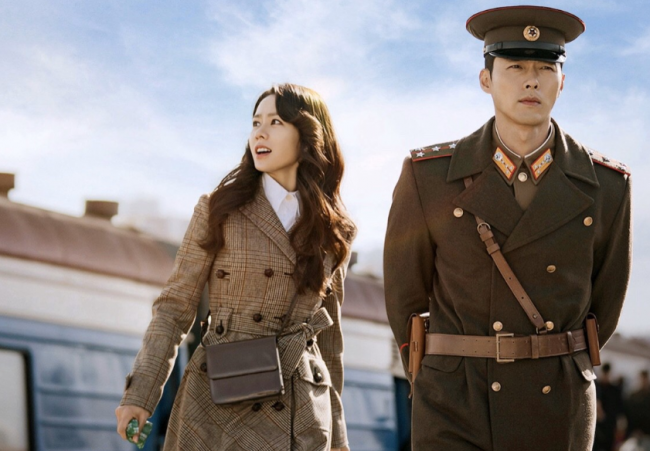 This is a Netflix original that only came out in 2019. It's about Yoon Se-ri, an heiress from South Korea, who gets blown off-course while paragliding over Seoul. She ends up crash landing in North Korea and literally falling on top of Ri Jeong-hyeok, a member of the North Korean elite and captain in the Special Police Force. He hides Ri Jeong-hyeok and tries to help her return to South Korea. 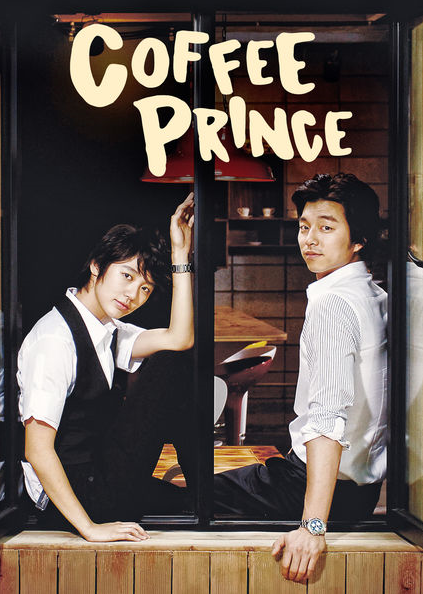 Go Eun-chan has been the breadwinner in her family ever since her father died. She is a tomboy and is often mistaken for a guy. Choi Han-gyul is the grandson of chairwoman Bang of Dong-in Foods. He has never worked a day in his life and so his grandmother makes him take over a rundown coffee shop to prove his capabilities. Choi Han-gyul decides to hire only boys to work in the coffee shop in order to attract women. Eun-chan, desperate for a job, uses her boyish looks to get a job and continues to hide her gender from everyone at the shop.

8. Romance is a Bonus Book 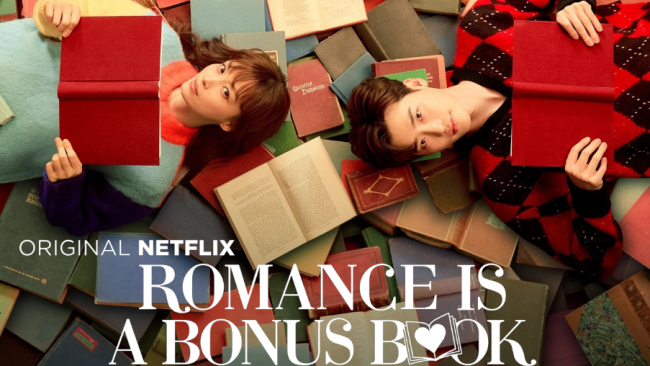 Cha Eun-ho is a genius writer and the youngest editor-in-chief at his publishing company. Kang Dan-yi used to be a successful copywriter but is now divorced, unemployed, and a single mother struggling to make ends meet. Cha Eun-ho and Kang Dan-yi used to be childhood friends but drifted apart when she started dating her ex-husband. Now their lives become entangled again when Dan-yi lies about her background to get temporary work at Cha Eun-ho's publishing company.

popular
5 new additions to Netflix to spend your weekend watching
Irish teacher Lucy Lanigan-O'Keeffe is engaged Prince William's best friend, Thomas van Straubenzee
Eight Of The Best Films And Documentaries On 9/11
Someone has ranked the penis size of men from all over the world
The second season of Dirty John lands on Netflix next week and we’re already hooked
Why Are Men so Obsessed With Boobs? The Answer is Pretty Surprising...
Daisy Coleman from Netflix's Audrie & Daisy has died, aged 23
You may also like
1 day ago
Netflix have shared the first look at Lily James and Armie Hammer in Rebecca
1 day ago
Gone For Good: The next Netflix x Harlan Coben collaboration we're dying to see
3 days ago
WATCH: The trailer for Netflix's Ratched is here
2 weeks ago
The Half Of It is the Netflix teen romance we never knew we needed
2 weeks ago
Netflix is coming out with a new musical series from the director of High School Musical
2 weeks ago
Emily in Paris: Everything you need to know about the Sex and the City-esque Netflix show
Next Page