The first look at the cast of the new season of American Horror Story: 1984 has been revealed - and it includes a Glee alumni.

Ryan Murphy announced the cast - which included new faces, as well as a number of returnees - in an '80s-inspired 'camera test' on Instagram on Thursday.

Among the newest cast to join the horror anthology is Matthew Morrison, who played Mr. Schue on Glee - and is now sporting some serious '80s facial hair and...well, another, um, large 'addition'.

"To celebrate the first day of filming the NINTH Season of AMERICAN HORROR STORY, here's the official 1984 cast announcement along with some amazing 80s lewks. Enjoy!" 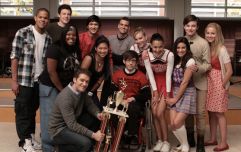 Glee is arriving on Netflix tomorrow and that's our Sunday sorted

END_OF_DOCUMENT_TOKEN_TO_BE_REPLACED

It comes as it was recently revealed longtime AHS cast member Sarah Paulson won't have a "significant" role this season.

However, Variety report the actress won't have a "significant role" in the upcoming  American Horror Story: 1984. 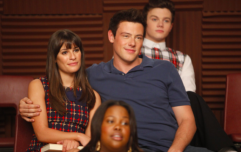 END_OF_DOCUMENT_TOKEN_TO_BE_REPLACED

And another American Horror Story star, Evan Peters, recently confirmed that he would not be taking part in season nine.

The anthology series will return to FX in North America on Wednesday, September 18.

Most of the plot details (OK, basically all the plot details) are being kept under wraps this season. However, based off a teaser Ryan Murphy shared earlier this year, it looks like the season is going to be heavily influenced by '80s slasher films like Friday The 13th and Nightmare on Elm Street.

American Horror Story has already been renewed for season 10, which is expected to air in 2020.