Elizabeth Debicki cast as Princess Diana in The Crown

The final princess has been cast for the last two series of Netflix hit, The Crown.

Elizabeth Debicki will play the role of Princess Diana in the last two series of The Crown, taking over from actress Emma Corrin who played her for series five and six.

Elizabeth is best known for her role as Jed Marshall in The Night Manager, a BBC drama. She has also appeared with Leonardo DiCaprio in The Great Gatsby and Marvel's Guardians of the Galaxy Vol. 2. 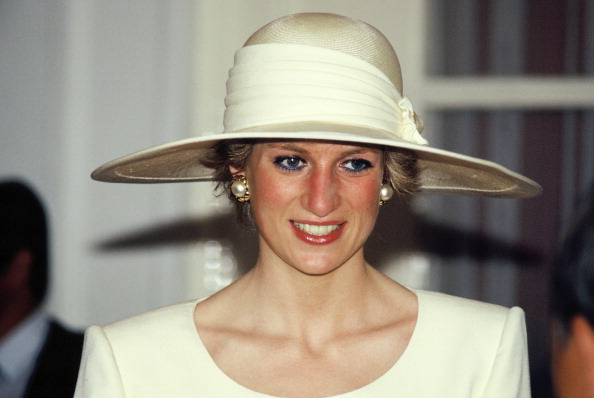 END_OF_DOCUMENT_TOKEN_TO_BE_REPLACED

After the announcement the Australian actress released a statement saying: "Princess Diana's spirit, her words and her actions live in the hearts of so many. It is my true privilege and honour to be joining this masterful series, which has had me absolutely hooked from episode one."

The final two series of The Crown on Netflix is expected to cover the 1990s and early 2000s and will include the break-up of Princess Diana and Prince Charles' marriage, as well as her death which was a shock to the whole world in 1997.

Other new castings include Oscar-nominated actor Jonathan Pryce, who will play Prince Philip, taking over from Matt Smith and Tobias Menzies who previously played the roles. Imelda Staunton, meanwhile, takes over from Olivia Colman as the monarch herself while Lesley Manville has been cast as Princess Margaret.

Other storylines in the final two series may include the deaths of Princess Margaret and the Queen Mother, and the Queen's Golden Jubilee.

The fourth season of The Crown is expected to be released this autumn.

Girls With Goals || Her · Ep.155: 'Bits of Me' - Linnea Dunne on the importance of women's health
popular
Tried and tested: I tried the viral TikTok mascara hack to see if it really works
Matilda's Bruce Bogtrotter is a doctor now - and he doesn't even like chocolate
Louise Redknapp just admitted a shocking truth about her ex husband, Jamie Redknapp
Scarlett Moffatt discovers ‘30% rain’ on weather app doesn’t mean chance of rain
Anne Hegarty shook by "worst ever" final Chase
You'll never cut a cake the same way again after seeing this TikTok trick
Kate Winslet experienced "horrible" body shaming after Titanic
You may also like
1 week ago
Amy Adams' psychological thriller The Woman in the Window is coming to Netflix
1 week ago
Simone Ashley cast in lead role for Bridgerton season 2
1 week ago
Bridgerton star Regé-Jean Page spotted with footballer girlfriend Emily Brown
1 week ago
QUIZ: How well do you remember Angus, Thongs and Perfect Snogging (the movie)
2 weeks ago
The Vanishing at the Cecil Hotel lands on Netflix today
2 weeks ago
Michelle Obama is launching a children's cooking show on Netflix
Next Page