Big's untimely and tragic death was a major plot point of And Just Like That ...'s first season.

And with that, SATC fans were left wondering what was next for Carrie. Would she remain grieving over her Big Love forever – or would there, perhaps, be other loves in her life?

END_OF_DOCUMENT_TOKEN_TO_BE_REPLACED

Well, it looks like some of us might get the plot twist we have been harbouring hopes about ever since the original show and movies – that Aidan comes back into Carrie's life again.

This week, Deadline confirmed that John Corbett will be back as his character Aidan Shaw for a "multi-episode arc."

While that doesn't give fans much to go on, trying to guess just what that means for his potential rekindling romance with our girl, Carrie – but, can we all agree that even having a little bit of Aidan will no doubt make the show even more watchable than it already is? 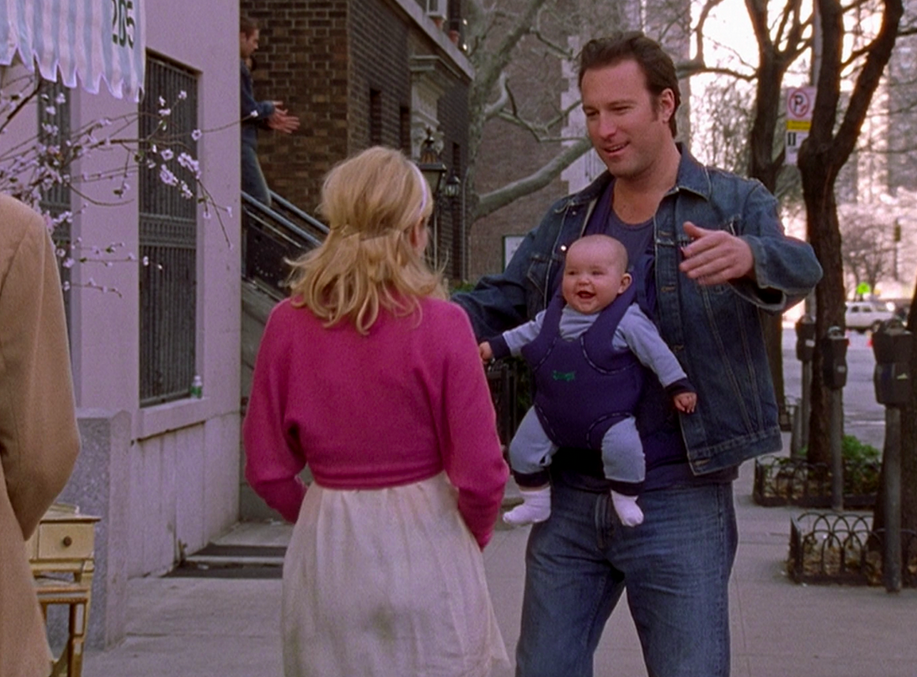 END_OF_DOCUMENT_TOKEN_TO_BE_REPLACED

And Sarah Jessica Parker herself has also teased the then-possibility of Aidan's return.

"It was fun. It was fun for him to say that," she said during an appearance on Watch What Happens Live.

"When he actually reached out, very kindly, because he's nothing if not a gentleman, and apologized for doing that as a joke, and then I was like, 'No, no, no, it's a free country first of all.' And I thought it was kind of delightful and kind of fun."

END_OF_DOCUMENT_TOKEN_TO_BE_REPLACED

Executive producer of And Just Like That... Michael Patrick King has previously explained why Aidan didn't show up in the show's first season:

"It really just felt like this was a lot for Carrie," he said. "This season was a lot. We wanted to get her through [Big's death] and into the light — the last episode is called, 'Seeing the Light.' We wanted to get her out. [Aidan's return] is a big storyline that everybody at home wrote that we had never intended."

In the same February interview, Parker did not rule out a potential Corbett appearance for Season 2.

Aidan Shaw (John Corbett) originally appeared in seasons 3 and 4 of Sex and the City. The character also made an appearance in season 6 and then famously featured in Sex and the City 2, when the gang went to Abu Dhabi.

popular
Fundraiser set up for boy attacked by pit bull in Wexford
Kylie Jenner shuts down claims she used her children to cover up for Balenciaga
Jill Scott admits she gave Owen Warner extra food at meal time
It looks like Harry Styles and Kendall Jenner could be getting close again
The trailer for Channel 4's Vardy V Rooney: A Courtroom Drama has dropped
Fair City star Jenny Dixon shares her twins' gender in sweet video
Gwen Stefani reportedly pregnant with baby number four
You may also like
2 days ago
Rules around blood donation have changed in Ireland as of today
2 weeks ago
Iran has issued the first death sentence for protesting
2 weeks ago
Iranian actress Taraneh Alidoosti removes headscarf in social media post
3 weeks ago
Government's five-day domestic violence leave plan criticised
1 month ago
Meteor shower to be visible over Ireland tomorrow
2 months ago
Tayto Park has been renamed Emerald Park
Next Page