We all low-key wanted to be Mia Thermopolis as kids, yeah?

The teenage protagonist of The Princess Diaries was goofy and awkward and still managed to get the guy and become a royal - absolute goals when you're ten years old.

Now actress Anne Hathaway has revealed that an iconic Mia moment in the film was actually unscripted. 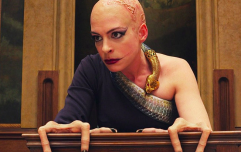 END_OF_DOCUMENT_TOKEN_TO_BE_REPLACED

The part where Mia and Lily are walking on the bleachers after school and Mia slips and falls? A complete accident.

"We were filming in San Francisco, predictably it had rained," Anne says in The Happy Days of Garry Marshall, a tribute to the film's late director that aired in the US this week.

"We were outside, and we had to get the shot really fast because we were losing light. And we had to go on these bleachers and they did their best to wipe them down." 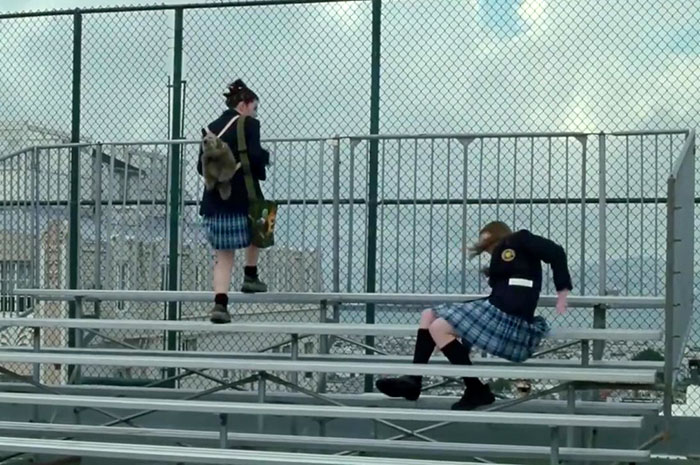 During one take, she continued, she turned "really fast" and ended up slipping in a puddle and tumbling between the bleachers.

Anne immediately burst out laughing and the director found it so charming that he decided to keep it in the movie.

"One of the things that I love about Garry is that he was never afraid of the spontaneous moment," Hathaway said. "If it was good, it was in the movie. He didn't care where it came from, he didn't care what happened."

Further proof if you needed it that Anne was perfectly cast in the role of Mia.

popular
Kin star defends early criticism of new RTÉ crime drama
Woman claims to have picked up Gabby Petito's fiancé hitchhiking
Princess Beatrice has given birth to her first child with Edoardo Mapelli
Body found in search for missing YouTuber Gabby Petito
Mary Lou McDonald condemns "homophobic" protest outside Leo Varadkar's home
Holly Willoughby launches new lifestyle brand, Wylde Moon
Derry Girls star speaks out after show called "distinctively British"
You may also like
1 year ago
Anne Hathaway gave her newborn son a gorgeous traditional name
1 year ago
Anne Hathaway has 'revealed the sex' of her second child
2 years ago
Huge congratulations! Anne Hathaway is expecting her second child
2 years ago
Police called to Anne Hathaway's The Witches set after crew member is stabbed
2 years ago
Anne Hathaway gives us an UPDATE on The Princess Diaries 3 and we need it to happen
2 years ago
Emily Blunt says this is who The Devil Wears Prada's Miranda Priestly is REALLY based on
Next Page