He is, surprise surprise, a model.

Winter Love Island (yes, that's a thing, remember?) is just around the corner - so it only makes sense that a few rumours have begun to circulate concerning the cast.

Will they be diverse? Will they all be influencers? Will any of them harbour the same innate comedic timing as our Lord and Saviour Maura Higgins? 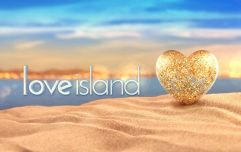 OFFICIAL: We finally have a start date for Love Island

END_OF_DOCUMENT_TOKEN_TO_BE_REPLACED

Probably not no, but hey, that doesn't mean that we can't go ahead and get excited about the first potential, alleged, could-actually-be-but-there's-no-way-of-verifying cast member.

Either way, you clicked in so whatever. This is him (allegedly).

The Sun reports that model and personal trainer (no way, really?) Ellis Iyayi is going to be one of the first islanders to enter the South African villa this year.

"Ellis is over the moon about it - he's had to be sworn to secrecy about it but he's been in to meet producers a few times and they love him - he can't wait to get in the villa," said a source.

"Ellis is exactly what the show is looking for and he ticks all the boxes - he will make great television." 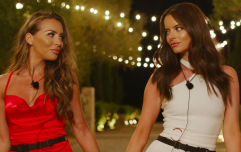 Everything you need to know about Love Island's return this summer

END_OF_DOCUMENT_TOKEN_TO_BE_REPLACED

Winter Love Island was confirmed by ITV earlier this year, proving that the network are indeed desperate to ride this wave until they can't no more.

That means that there will be not one, but two series of the reality dating show to look forward to in 2020.

The Winter version of the programme will be filmed in a villa in sunny South Africa, ensuring that contestants can still get their tan on while getting their graft on.

"In response to this viewer appetite, a new batch of young singletons will deliver some highly anticipated post-Christmas romance and drama from our new and luxurious location, said Paul Mortimer, Head of Digital Channels and Acquisitions at ITV.

Bring it on, we guess.

Girls With Goals || Her · Ep.161: Feeling Peachy - Sharon Keegan of Peachylean on being an absolute BOSS!
popular
The DIY frozen coffee recipe that's so delicious you'll never pay for an iced latte again
Khloe Kardashian has JUST confirmed she is pregnant
Wayne and Coleen Rooney spotted holidaying in Ireland
Vicky Phelan rethinking cancer trial after "horrendous" reaction to treatment
Someone has ranked the penis size of men from all over the world
5 best road trips to do in Ireland this summer
Kate Middleton has addressed the rumours that she's pregnant with her fourth child
You may also like
1 week ago
Love Island's Greg O'Shea reveals what really happened between him and Amber
1 week ago
Love Island's Tommy Fury is getting the nod for this year's I'm a Celeb
4 weeks ago
Love Island's Demi Jones reveals thyroid cancer diagnosis
1 month ago
Maura Higgins' new Inglot Elements collection has just dropped
1 month ago
Love Island's Maura Higgins and Chris Taylor confirm split
1 month ago
Love Island's Malin Andersson "pained" to talk about recent miscarriage
Next Page