The Great British Bake Off viewers have branded the show a "fix" after fan favourite Manon left the tent.

The French baker was kicked off the show during last night's programme after failing to impress Paul and Prue with her Danish showstopper.

Through the rest of the episode, however, Manon faired well enough, completing both a signature and a technical challenge that weren't amazing but weren't exactly terrible either. 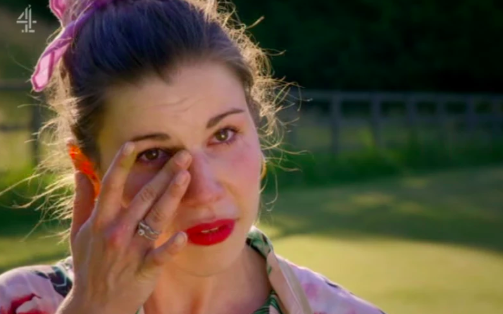 Rahul, on the other hand, had a disastrous week, failing to impress the judges with any of his Danish dishes.

He burnt his balls, his showstopper stopped no shows, and he even encountered the dreaded soggy bottom.

Despite this, Paul and Prue decided they were going to send Manon home, allowing Rahul to reach the semi-final alongside Ruby, Briony, and Kim-Joy.

Viewers weren't all that impressed with the decision, taking to Twitter to air their grievances about last night's result.

Some of them even went so far as to suggest that the show was a "fix" (!), orchestrated in such a way to ensure that Rahul made it to the final.

Are you having a laugh Great British Bake off??!!!! Bloody fix!!!! The worst in every category and they stay!!! Rage! 😡 #GreatBritishBakeOff

Shocking British Bake off decision. So wrong. It must be a fix as Raul had three crap bakes. @BritishBakeOff

Bake off is a fix, Raoul was bottom in every task so should’ve gone

Sorry but bake off is a fucking fix

Bake Off continues next Tuesday at 8pm on Channel 4.