We all make mistakes.

Even Paul Hollywood, who on last night's episode of the Great British Bake Off made a joke at the expensive of diabetes sufferers.

The baking judge exclaimed that one of the contestant's bakes looked like "diabetes on a plate." 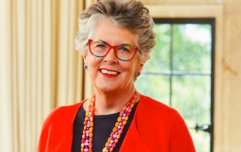 END_OF_DOCUMENT_TOKEN_TO_BE_REPLACED

The dish was, in fact, a pile of Chelsea buns made during the show's semi-final and not a lifelong and sometimes debilitating condition caused by a lack of insulin.

"A remark re diabetes I made on tonight’s show was thoughtless and I meant no harm, as both my grandad and my own mother suffer/ suffered from diabetes. Apologies X." 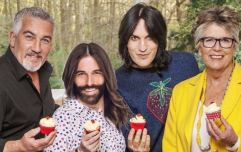 END_OF_DOCUMENT_TOKEN_TO_BE_REPLACED

This comes just a week before the Bake Off final, where either Alice, Steph, or David will be crowned the starriest of star bakers.

At this point, the 2019 winner is anybody's race, but judging by just how many times Steph has been named star baker this series (it's got to be like 17 now, right?), we're going to go ahead and guess that she's pretty much got this one in the bag.

Or the oven, wha?

The Great British Bake Off continues next week on Channel 4.