Blac Chyna drops all Kardashian sisters except one from her lawsuit

The mum-of-two has made a huge change to her lawsuit against the Kardashian/Jenner family.

Blac Chyna has made some major changes to her lawsuit against the reality TV show family having dropped multiple names from suit.

According to documents obtained by TMZ, Chyna has filed to remove Kourtney, Khloe, Kendall and Kylie from the legal proceedings, leaving Kim as the only sister to be facing legal action.

She joins Kris and Rob as Blac Chyna moves to sue the family for, as she claims, getting her show cancelled among other things.

END_OF_DOCUMENT_TOKEN_TO_BE_REPLACED

However, while Kourtney, Khloe, Kendall and Kylie might be safe from the lawsuit for now, there is a stipulation in the documents that means anyone could later be added to the suit.

In the original lawsuit, the model claimed the Kardashians damaged her brand and physically abused her by publishing nude photographs.

According to reports, the court documentation states:

"Rob Kardashian is an abuser intent on destroying Angela White (Chyna’s legal name), the mother of his baby, who left him in 2016." 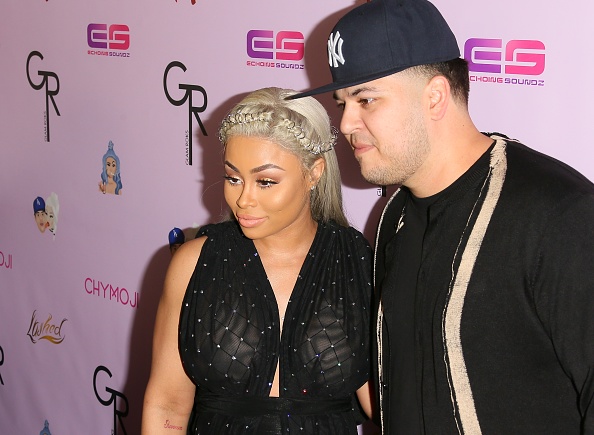 She also stated that the Kardashian-Jenner family became media predators who would slut-shame her. She accuses them of the diminishing of her TV show on E! which stopped filming halfway through series two, and also states that they tarnished her brand which she built from scratch making it difficult to rebuild.

Lastly, in the lawsuit, Chyna reported she suffered injuries for days after being assaulted by Rob and pushed to the floor. She has stated that she received back and leg pains.

popular
Top tips for keeping your fake tan on for longer as the weather heats up
Paige Thorne breaks her silence on Jacques O'Neill drama
TikToker shows how to avoid sweat stains by using pantyliners
Love Island producers respond to claims Jacques was kicked off the show for "bullying"
Ekin-Su Cülcüloğlu signs the biggest fashion deal in Love Island history
Apparently, THIS is the reason why Louise Redknapp split from Jamie Redknapp
Met Éireann extends high temperature warning for Ireland this weekend
You may also like
10 hours ago
Mrs Hinch on being Stacey Solomon's bridesmaid
2 months ago
Everything you might have missed from Kourtney and Travis' wedding
3 months ago
The internet is losing it over Kendall Jenner trying to cut up a cucumber
3 months ago
Kourtney Kardashian says she’s ‘grateful’ her kids witness her and Travis Barker’s PDA
4 months ago
The Home Edit's Clea Shearer shares breast cancer diagnosis
4 months ago
Jada Pinkett Smith on her "terrifying" years-long struggle with alopecia hair loss
Next Page