The tour kicks off next year.

After 25 years together, Boyzone have announced the details of their final album - as well as their farewell tour.

The 13-date 25th anniversary celebration and farewell tour will kick off in Belfast on January 23 at the SSE Arena, before moving to Dublin's 3Arena on January 24.

Tickets go on sale on June 22 at 9am and will be available from the usual outlets.

A statement from the band read:

“When we started out as five young Dublin Northsiders, eager to face the world, we never imagined that we’d still have an army of fans some twenty-five years later... If you’d seen our famous first TV appearance on The Late Late Show, you’d probably be surprised too!

"But what followed was the stuff of dreams.

"We’ve played stadiums and arenas all over the world, released six albums, and had almost two-dozen hits.

"We really can’t put into words just how much you, the fans, have supported us along the way. 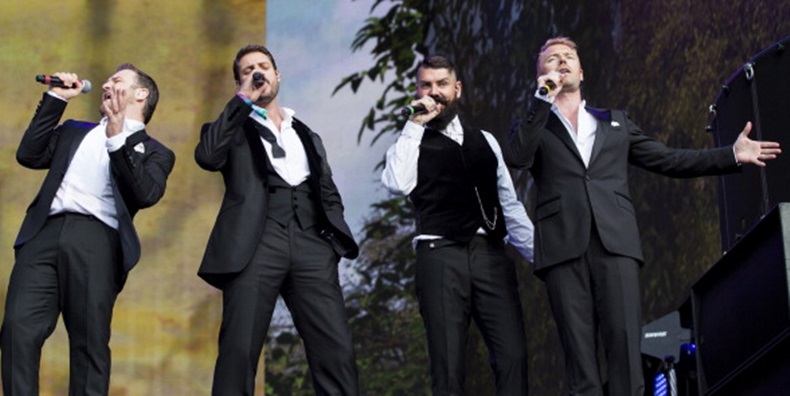 "Without that support, we would have never achieved what we have, and for that we’re eternally grateful.

"We’ve had some tough times too. The loss of Stephen left scars that we will carry as a band forever.

"Twenty-five years is a long time. We’re certainly not boys anymore, and we all feel that we should now call time on our lives together as Boyzone and go out on a real high."

Their final album, Thank You & Goodnight, will be released on November 16.

The band went on to explain that the album will have a special tribute to Stephen with a new song, I Can Dream.

"We came across a demo that he originally recorded for his solo album in 2002 and we’ve had the opportunity to re-work the song and add our harmonies alongside his lead vocal.

"It was a bittersweet experience to hear all our voices together again. It’s the closest the five of us will ever get to being in a room together again making music."

THANK YOU & GOODNIGHT – THE FAREWELL TOUR

popular
Toddler dies after being struck by vehicle in Co. Cork
Women are rinsing their hair in apple cider vinegar – and the results are amazing
New photo of Bernadette Connolly released as investigation continues
Clubbers left "bleeding from their mouths" after accidentally drinking shots with caustic soda
Orange is the New Black and Seinfeld star Kathryn Kates dies aged 73
"Hair contouring" is about to be huge, here's everything you need to know
Love is in the air: 3 new fragrances we love – just in time for Valentine's Day
You may also like
3 days ago
Two pedestrians injured in separate Dublin collisions
3 weeks ago
Gardaí appeal for witnesses following assault on teenage girl
3 weeks ago
Two teenagers in hospital following stabbing incident in Dublin
3 weeks ago
Two men killed in separate collisions
4 weeks ago
Cyclist killed following road traffic collision in Dublin
1 month ago
Lads, Paul Mescal and Phoebe Bridgers are just roaming around Dublin and the tweets are gas
Next Page