Bradley Walsh teases a major 'shake-up' for The Chase

Bradley Walsh has teased a massive 'shake-up' for The Chase.

The host recently confirmed that there would be a new Chaser joining The Beast, The Vixen, The Sinnerman, The Governess and The Dark Destroyer.

However, it looks like there are even more changes in store when the show returns to air - including the possibility of multiple new Chasers.

"We’re making more and more shows all the time, so we need to recruit more people all the time," he told Radio Times.

"So consequently, we have put our feelers out to find other people that will be suitable, and all will be revealed next year. It could be more than one, who knows. But it’s a proper shake-up." 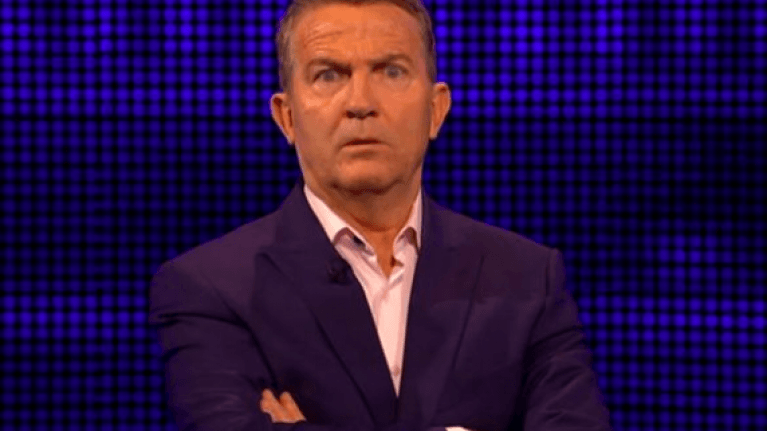 The news comes after Chaser The Vixen, otherwise known as Jenny Ryan, blew almost everybody away during her time on The X Factor: Celebrity.

She belted out a rendition of Queen's Somebody To Love in her first audition, before eventually making it to the live shows.

Since then, she has continued to wow audiences week after week - including last weekend, where she took on her second Eurovision-winning song of the competition.

You can watch her performance of Loreen's Euphoria below.

popular
Daisy Coleman from Netflix's Audrie & Daisy has died, aged 23
Concerns over extradition of Madeleine McCann suspect Christian B
Staycation: TripAdvisor reveals the top 10 hotels in Ireland for 2020
WATCH: Sneak peak of Paul Mescal in latest Rolling Stones' music video
Irish actor Richard Flood promoted to series regular on Grey's Anatomy
QUIZ: How well do you know The Young Offenders?
"Deeply and unreservedly sorry:" Ryan Reynolds apologises for marrying on former slave plantation
You may also like
3 months ago
Irish scientist Darragh Ennis joins The Chase as new Chaser
4 months ago
Bradley Walsh caught out in brilliant The Chase prank on Saturday Night Takeaway
8 months ago
The Chase is set to get a spinoff with a very different format
8 months ago
There's a new Chaser joining The Chase, Bradley Walsh has revealed
9 months ago
The Chase's Jenny Ryan has got a serious set of lungs on her, as per last night's X Factor: Celebrity
1 year ago
The Chase's Bradley Walsh was left speechless after a contestant kissed him ON THE LIPS
Next Page