We're that desperate for a holiday that we'd nearly apply.

Instead of isolating in your house with your family this year, would you fancy isolating in a Spanish villa with a load of single guys and girls?

If so, you should probably apply for Love Island.

The hit reality show is coming back and ITV2 is looking to recruit the next generation of islanders.

They say they want "vibrant singles" who are searching for romance. 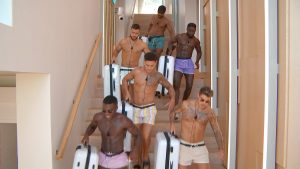 "Our Islanders spend time in a luxury villa in the hope of finding love, but to remain in paradise they must win the hearts of the public and their fellow Islanders, who ultimately decide their fate on Love Island," the casting call reads.

"'If you think you’ve got what it takes, then we want to hear from you!"

If you do decide to apply, you might want to manage your expectations about making it on to the show.

On top of that, lots of previous Islanders have said that they didn't apply to be on it at all. 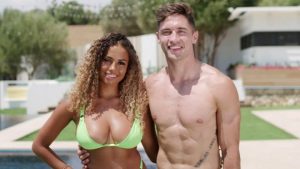 END_OF_DOCUMENT_TOKEN_TO_BE_REPLACED

Just six of those who appeared on screens in 2019 had put themselves forward for the show, with many of the others being approached by producers on social media.

Love Island hasn't been on screens since early 2020 thanks to the ongoing global pandemic.

popular
Designer Tom Ford's husband of 35 years dies at 72
New 911 call claims Brian Laundrie 'slapped' and 'hit' Gabby Petito
Dad pays tribute to two children, their mother, and friend killed at sleepover
New season of Great British Bake Off starts tonight
Gardaí renew information appeal for 25-year-old hit-and-run case
Derry Girls star speaks out after show called "distinctively British"
Woman claims to have picked up Gabby Petito's fiancé hitchhiking
You may also like
1 week ago
10 autumn-themed movies that are practically essential viewing this season
2 weeks ago
'Emily In Paris’ Season 2 is a wrap apparently – and here is everything we know
2 weeks ago
Grey's Anatomy star announces her return
2 weeks ago
One of the best comedies of the last 20 years is coming to Netflix
3 weeks ago
Bookies seem to think Una Healy and Maura Higgins will appear on 'I'm A Celeb' this year
3 weeks ago
Everything we know about Everything I Know About Love
Next Page