It is one of three projects currently in development based around the 1996 murder.

2019's Chernobyl was without a doubt one of the best serieson TV in recent years, and the production company behind that show will next be focussing on bringing an adaptation of the West Cork podcast to the small screen.

As reported by Deadline, production company Sister will be developing the new show alongside Sam Bungey and Jennifer Forde, the journalists behind the podcast, as well as Audible, the podcasting platform that West Cork was initially available on. 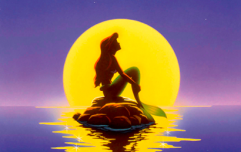 END_OF_DOCUMENT_TOKEN_TO_BE_REPLACED

The prime suspect in the case, English journalist Ian Bailey - who was also the first reporter on the scene - has been arrested twice for Du Plantier’s murder and has also been sentenced to 25 years in prison, having been found guilty in absentia by French authorities in 2019.

It is currently unknown if this new adaptation will be a documentary series, or a dramatised version of events, much like what Sister helped to create for Chernobyl.

There are also two more projects currently in development based around the murder, with both Sky and Netflix to release multi-episode documentaries in 2021.

The five-episode production by Sky, titled Murder at the Cottage: The Search for Justice for Sophie, is directed and narrated by six-time Oscar-nominated director Jim Sheridan, the man behind My Left Foot and In The Name Of The Father.

popular
Paris Hilton says she was "slapped" and "strangled" as a teen in youth care
Former detective chief says Brian Laundrie discovery is "strange"
Tesco is refunding 27,000 customers after overcharging them
Here Are The Top 20 Most Common Pin Codes in The World
This hot water bottle pouch is perfect for menstrual cramps
8 things we learned about Adele from her 73 questions with Vogue
The First Quadrillionaire? Paypal Accidentally Gives Man $92 Quadrillion
You may also like
1 month ago
Netflix reveals release dates for all of the huge movies still to come in 2021
2 months ago
The full list of all the new shows and movies coming to Netflix in August
2 months ago
Only Murders in the Building is a must-watch for fans of true crime podcasts
2 months ago
Dublin cinema named best cinema in all of UK and Ireland
3 months ago
WATCH: The first trailer for The Last Duel, the epic film Matt Damon made in Ireland
4 months ago
Late Late Show favourite Adam King to star in animated series
Next Page