The mum-of-one looks radiant in the new campaign.

Cheryl is one of the brand’s biggest ambassadors and now she’s back in the new L’Oreal campaign looking better than ever.

The singer stars in the new adverts for the latest Elvive campaign showing off her enviable locks and sharing some of her beauty secrets too.

The new ad was shared by L’Oreal today and shows a group explaining what their hair sometimes lacks and how they combat it.

I’m back with @lorealhair Elvive in their new World of Care campaign ??‍♀️ mine’s the white one, Full Restore 5...what’s yours? #allworthit #worldofcare

Cheryl is seen running her fingers through her famous brunette locks and telling viewers:

The singer looks stunning in the advert which marks her first appearance in over two months after she was spotted backstage at the shoot in November.

Starring alongside Cheryl in the new campaign were the likes of model Neelam Gill, McFly member Dougie Poynter and YouTuber Emily Canham.

Cheryl also shares her secret to those luscious locks in the short clip, saying she uses the brand’s Full Restore 5 range. 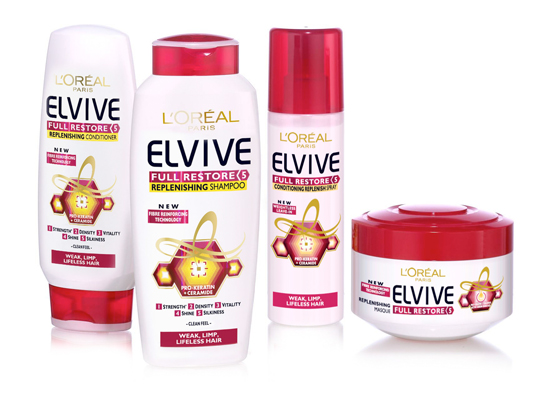 popular
Ireland to be swarmed with freezing weather in the minus figures next week
Rob Kearney and Jess Redden arrive at wedding venue ahead of big day today
Irish man in his 20s dies after being kicked by a horse
Here are the new restrictions being considered for Christmas
These are the most popular baby names for 2021
Stacey Solomon mortified after walking around shop in see through leggings
8 gorgeous Irish Christmas markets you need to visit this winter
You may also like
2 days ago
Alec Baldwin says he "didn't pull the trigger" in first interview since Halyna Hutchins' death
1 month ago
Gigi Hadid reportedly met with custody lawyers after alleged fight
1 month ago
Millie Mackintosh's daughter taken to A&E with hand, foot and mouth disease
2 months ago
Love Island’s Jake reveals he no longer speaks to any of the girls from the villa
4 months ago
MTV Cribs is coming back to our screens next month
4 months ago
Lottie Ryan says son Wolf is a "gift from dad" Gerry Ryan
Next Page