The Chilling Adventures of Sabrina: Part 3 is now on Netflix and our Friday night is sorted

The Chilling Adventures of Sabrina: Part 3 is now on Netflix and our Friday night is sorted.

The weather has been a bit all over the place lately. And with it looking to be more of the same this weekend, the idea of staying in and catching up on the latest Netflix offerings is seriously tempting.

Thankfully, The Chilling Adventures of Sabrina is back - and it is better than ever.

The series re-imagines the origin and adventures of Sabrina the Teenage Witch as a dark coming-of-age story that traffics in horror, the occult and, of course, witchcraft. 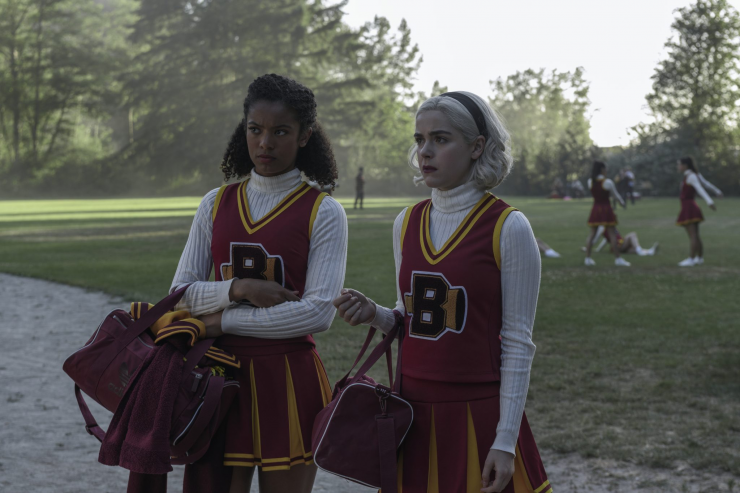 Though she defeated her father Lucifer, the Dark Lord remains trapped within the human prison of her beloved boyfriend, Nicholas Scratch.

Sabrina can't live with herself, knowing that Nick made the ultimate sacrifice and is suffering, burning in Hell under Madam Satan’s watchful eye.

So with an assist from her mortal friends, “The Fright Club” (consisting of Harvey, Rosalind, and Theo), Sabrina makes it her mission to free him from eternal damnation and bring him back into her arms. 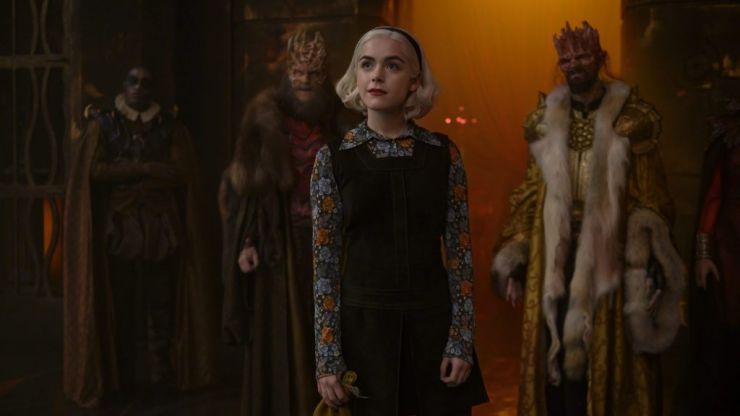 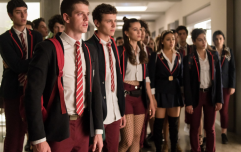 Better mark the calendars, the premiere date for season three of Netflix's Elite has been announced

END_OF_DOCUMENT_TOKEN_TO_BE_REPLACED

However, the Dark Lord's unseating has sent shockwaves through the realms—and, with no on the throne, Sabrina must assume the title of “Queen” to defend it against a challenger, the handsome Prince of Hell Caliban.

Meanwhile, in Greendale, a mysterious carnival rolls into town, bringing with it a threat to the Spellmans and the coven: A tribe of pagans looking to resurrect an ancient evil…

The Chilling Adventures of Sabrina returns to Netflix on January 24. In the meantime, you can check out the trailer below.


popular
This €4 foundation is honestly our BEST beauty discovery of 2020
Ashley Graham has shared an incredible picture of her post-baby body, and WOW
We just found the perfect 'jeans and a nice top' top, and it's only €17 in New Look
Say hello to the perfect work dress, that will cost you just €19 in Penneys
This Kilkenny store creates engagement rings using the world’s oldest jewellery techniques
Brad Pitt JUST responded to speculation about his relationship with Jennifer Aniston
The gorgeous Penneys trousers that are a must-have for your workwear wardrobe
You may also like
22 hours ago
WATCH: Netflix's I Am Not Okay With This is going to be your new TV obsession
3 days ago
You can now turn off the autoplay feature on Netflix - here's how
3 days ago
Netflix's Insatiable has been cancelled after two seasons
3 days ago
5 new additions to Netflix to spend your weekend watching
3 days ago
12 books to read while you're waiting for Netflix's All the Bright Places
4 days ago
9 romantic movies you may not have realised were on Netflix
Next Page