They're officially out of the villa and back in the UK, and Chloe and Toby are already one big step ahead of their fellow islanders.

Speaking after the Love Island final, the chaotic duo were all chats, but the conversation seemed to constantly revolve around when they were getting married.

END_OF_DOCUMENT_TOKEN_TO_BE_REPLACED

After becoming boyfriend and girlfriend during the speeches at the final, the pair are so unpredictable that marriage might not be so far away.

Asked about when they're getting married, because let's be honest Chloe talked about it a lot on the show, she was adamant it was on the cards. 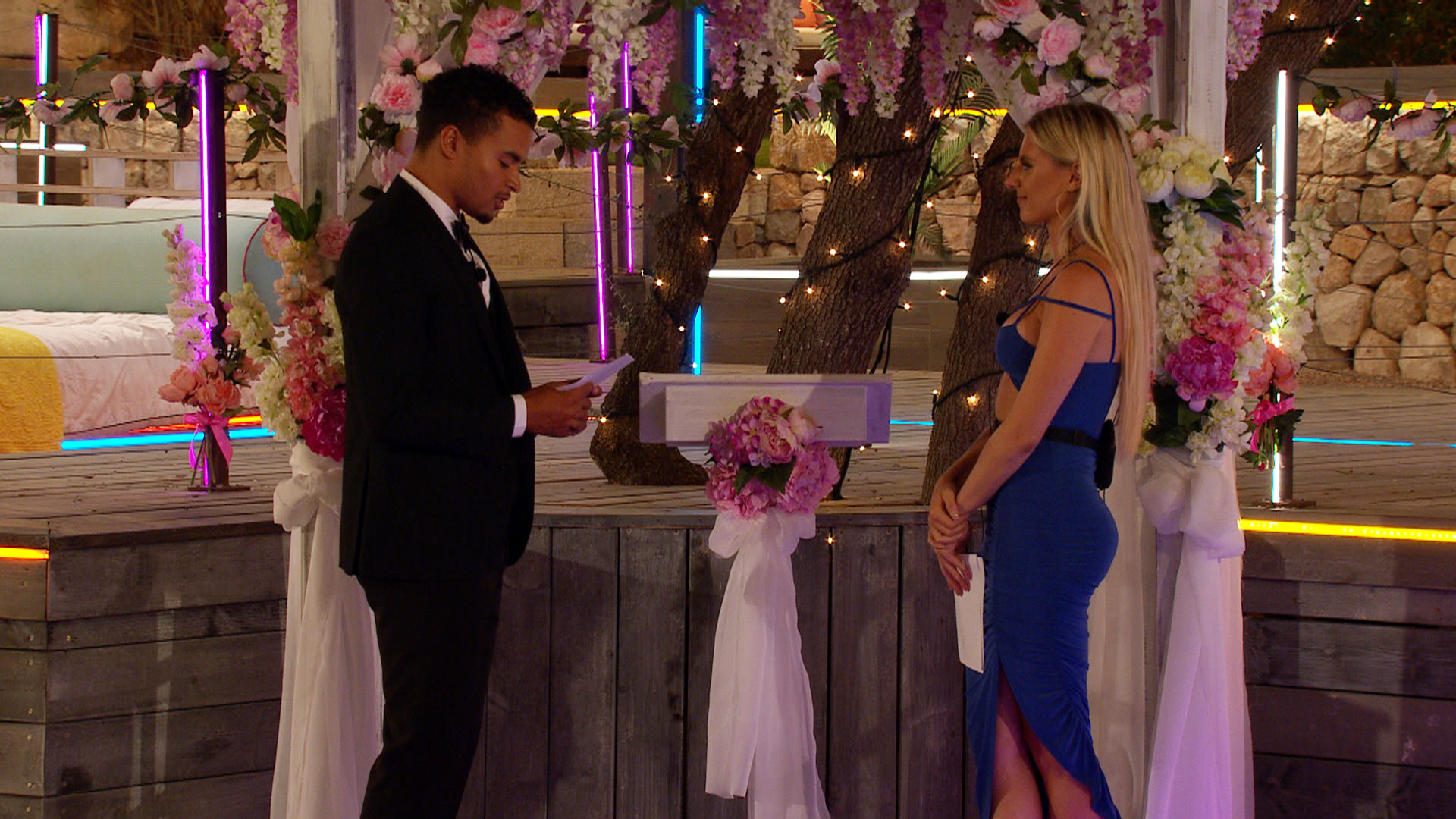 Toby then chimed in, saying to Chloe: "You’re going to be proposing"

"I would never!" Chloe replied, only for Toby to add: "She’s going to have to pop the question if she wants to pop it and then see if she’s gonna get the right answer or what."

But this wasn't the end of this topic, they clearly wanted to chat about it as Toby was very sure that marriage was something he could see in the future.

END_OF_DOCUMENT_TOKEN_TO_BE_REPLACED

And for Chloe, she knows exactly what she wants when it comes to a proposal from Toby, and wasn't shy about him knowing either.

She said: "A flamboyant one."

Of course, there is only one place on earth good enough for a Chloby wedding, and Chloe couldn't have put it better herself by saying: "It’s going to be at the Love Island Villa I think!"

END_OF_DOCUMENT_TOKEN_TO_BE_REPLACED

For now, however, the pair is settling on what to do for their very first date outside of the villa, and we're the least bit surprised as to what they've got planned.

"I wanna do a bottomless brunch in an arcade and you [Toby] want to go to the F1 in
Monaco on a yacht! So we’re going to try do it all in one," Chloe said, with Toby agreeing.

She continued: "We’ll have a big day out in Monaco. I love bottomless brunch and he loves arcades! I love arcades. I always said that would be my perfect date."