Chris Pratt is a man of many talents - we've seen him in both funny and serious acting roles throughout the years.

The 37-year-old actor is known for his quirky personality and goofy humour, both of which we saw perfectly in his latest Instagram posts.

Chris appeared on The Graham Norton Show last night in the midst of all the Toy Show madness, along with Jennifer Lawrence, Will. I. Am and Jamie Oliver.

Me, #JenniferLawrence and @jamieoliver backstage at @thegrahamnortonshow promoting a film called #Passengers coming soon to a theatre near you. Can't believe I got to meet the naked chef!!! He was wearing clothes, but still!!!

The actor was on the show to promote new film Passengers alongside co-star Jennifer but it's his magic trick he performed on the show that has left tongues wagging. 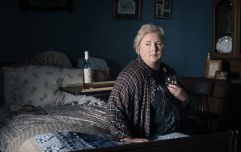 END_OF_DOCUMENT_TOKEN_TO_BE_REPLACED

Graham mentioned that Chris is able to perform magic, handing the Parks and Recreation actor a pack of cards to prove his abilities.

Chris joked that he was a bit rusty, saying "It's been awhile, so if I screw this up you'll cut it out" before starting to shuffle the deck and have Will. I. Am pick a card.

After Chris hilariously explained the trick works "half the time", he somehow managed to find Will. I. Am's chosen card - but all with a magic fistbump.

This is something that truly needs to be seen to be believed.