Clueless is now on Netflix and yeah, that's our Saturday night sorted

Clueless is on Netflix now and we're totally buggin'.

Clueless follows Cher Horowitz, a 15-year-old high-school student, who tries to boost the popularity of Tai, the new girl at school.

END_OF_DOCUMENT_TOKEN_TO_BE_REPLACED

However, "affairs of the heart" soon get in the way - and Cher soon ends up navigating the pitfalls of dating and popularity in high school.

The news comes a few months after reports of a Clueless reboot emerged. 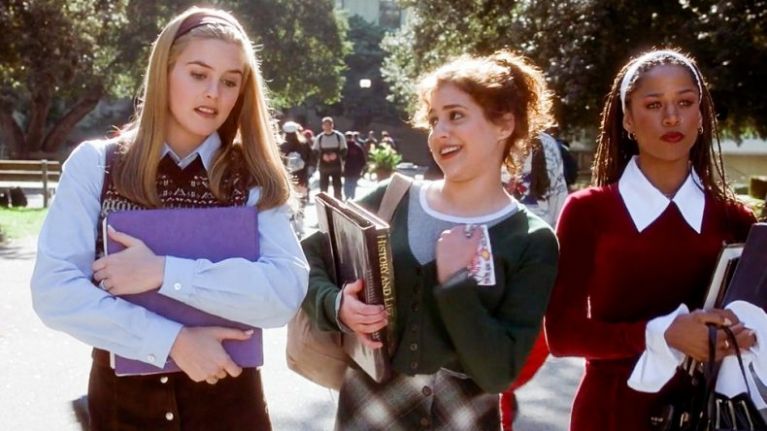 END_OF_DOCUMENT_TOKEN_TO_BE_REPLACED

The project is like "Mean Girls meets Riverdale meets a Lizzo music video" and - much like the original film - would be set in high school.

According to Deadline, the series would look at what happens when queen bee Cher disappears and her best pal and life-long right hand woman, Dionne, takes her place.

popular
Couple decide to live on cruise ship permanently after finding it's cheaper than paying mortgage
Siobhan O'Hagan reveals she's expecting her first child
Going on solo holidays is good for mothers, science says
Woman calls for child-free suburbs because she doesn't want to live near screaming children
Police believe they know what happened to missing dog walker Nicola Bulley
Love Island's Anna-May admits she thinks one of the girls is playing a game
Why Are Men so Obsessed With Boobs? The Answer is Pretty Surprising...
You may also like
3 weeks ago
WATCH: The trailer for Pamela Anderson's Netflix documentary is here
1 month ago
All of the new Netflix movies and shows arriving in January
1 month ago
Netflix fans left on the verge of 'throwing up' and issue warning about 'upsetting' dog movie
1 month ago
Netflix teases UK version of Selling Sunset to begin next year
1 month ago
Check out the first look at Netflix's Pamela Anderson documentary
1 month ago
Royal family sources claim they were not contacted by Netflix about Harry & Meghan
Next Page