In a move that is going to break some fans' hearts, Coronation Street's Kate Connor and Rana Habeeb are set to split up next week.

Metro report that the pair are going to have a massive row soon, with Rana ultimately confessing that she doesn't want to have a baby after all.

The confession will come as a huge blow to Kate, who had already managed to get Robert Preston on board to father their child - only for him to back out when Michelle said she wanted them to have a child of their own.

Kate, feeling devastated and defeated, visits Adam at the office to talk about her situation. As the pair chat, he opens up a bottle of scotch and, after a few drinks, Kate gets a new idea: Adam could be the new father of their child.

Without actually sharing her idea, she seduces him into kissing her. 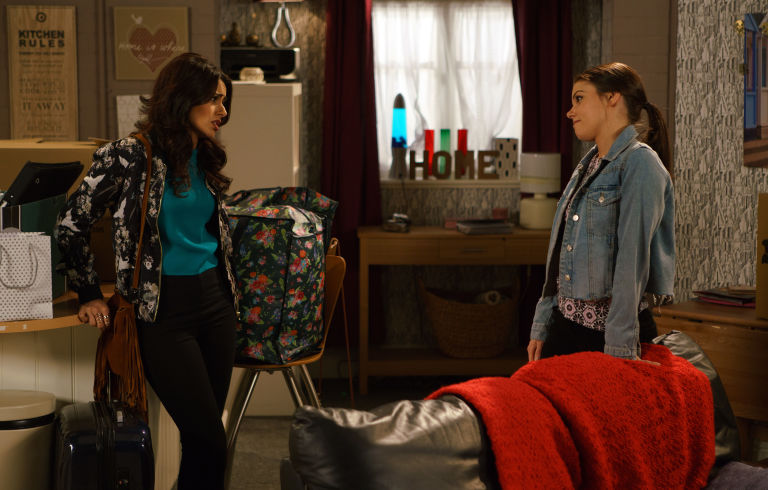 Later, Rana tells Kate that she doesn't want to break up after their row - despite her hesitance about the move to expand their family.

END_OF_DOCUMENT_TOKEN_TO_BE_REPLACED

But things come crashing down for the couple when Rana is clued into what happened by Alya Nazir. who tells her that Imran saw Kate and Adam's kiss.

Rana ends up telling Kate they are over - although Kate remains hopeful that she'll change her mind.

Rana ends up confronting Adam, making it totally clear that she's not able to forgive. And when she talks to Kate, she appears to deliver the final - and heartbreaking - blow: that they're over, for definite, and there's no going back.

popular
Two women survive 15 hours in the water in Galway Bay
This no bake 'Chocolate Refrigerator Cake' recipe has us drooling
Irish influencer Lisa Jordan reveals her little boy's name and it's so cute
It turns out we're all peeling oranges wrong and this madness has to stop
Set up the WhatsApp group! There's a new 'Rosé inspired' afternoon tea in town
Power ponytails and perfect messy buns! Here's some TikTok hair hacks to try at home
How to cope in this humidity: From sleeping better to dealing with frizzy hair!
You may also like
6 days ago
The second season of Dirty John lands on Netflix next week and we’re already hooked
1 week ago
QUIZ: How well do you know The Young Offenders?
1 week ago
Ellen DeGeneres addresses workplace allegations in letter to staff
2 weeks ago
WATCH: Brendan Gleeson nails the Donald Trump look and voice in first trailer for The Comey Rule
2 weeks ago
Erin's Diary: An official Derry Girls book is coming out this year
2 weeks ago
All the movies worth watching on TV this weekend
Next Page