ITV have shared a preview clip [via RTÉ] of the tense scene, which is due to air next Friday.

It sees Gary, who is wracked with guilt over what has happened, pacing in Imran's office. As soon as the lawyer enters the room, Gary tells him: "You were right."

"You know, all this time I've just watched you and Kate going through hell and I've done nothing. I've said nothing.

"I have wanted to say something so many times. I have, I really have. But how could I, eh? How do you just admit something like that?"

Imran asks him if he's saying "what I think you are," to which Gary replies:

"I'm not going to lie anymore. Rana's dead because of me." 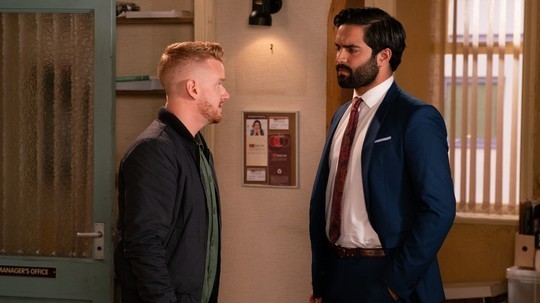 The builder was recently confirmed to be the cobbles' new super villain, having been the person behind the Underworld factory roof collapse that led to Rana Habeeb's death in March.

Although the rest of the Weatherfield residents don't exactly know that yet - but seemingly, they will soon enough...

END_OF_DOCUMENT_TOKEN_TO_BE_REPLACED

It comes as late last year, Coronation Street boss Iain MacLeod a "long-range" super villain, as he confirmed one Weatherfield resident is set to be killed off as the Underworld factory explodes.

He explained that the factory collapse is going to appear as an accident at first, however the mystery will be "revealed to be a mystery and it'll have been some kind of criminal enterprise that causes it all to fall down." 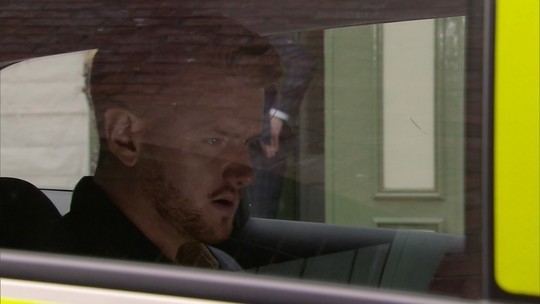 MacLeod also explained that they are going to be different to some fully-blown baddies, like Pat Phelan or Richard Hillman, and that things are going to "rapidly snowball" for them in the new year.

“No one flicks a switch in this character's head that makes them bad. It happens organically through desperation and through corruption of their original intentions.

"It's about small choices that can force you into a role that you never saw for yourself."

popular
Will Smith admits to 'failing miserably' in 21-year marriage to Jada Pinkett Smith
5 new additions to Netflix to spend your Saturday night watching
Someone has ranked the penis size of men from all over the world
QUIZ: How well do you remember the 2005 movie Pride & Prejudice
After days of silence, Scott and Sofia finally comment on the break up rumours
From blonde to brunette - 6 things I wish I knew before going back to my roots
QUIZ: How well do you remember The Princess Diaries?
You may also like
3 months ago
Real life Corrie couple Sally Carman and Joe Duttine have gotten engaged
4 months ago
Corrie's James Burrows has landed his first role after leaving the soap
4 months ago
Coronation Street star 'in self-isolation' over coronavirus worries
4 months ago
'The hardest goodbye': Corrie's Lucy Fallon pays tribute to Bethany Platt as her final scenes air
4 months ago
Coronation Street's James Burrows shares details about Ali Neeson's exit storyline
4 months ago
Corrie's Ian Bartholomew says it is 'uncomfortable' playing Geoff Metcalfe
Next Page